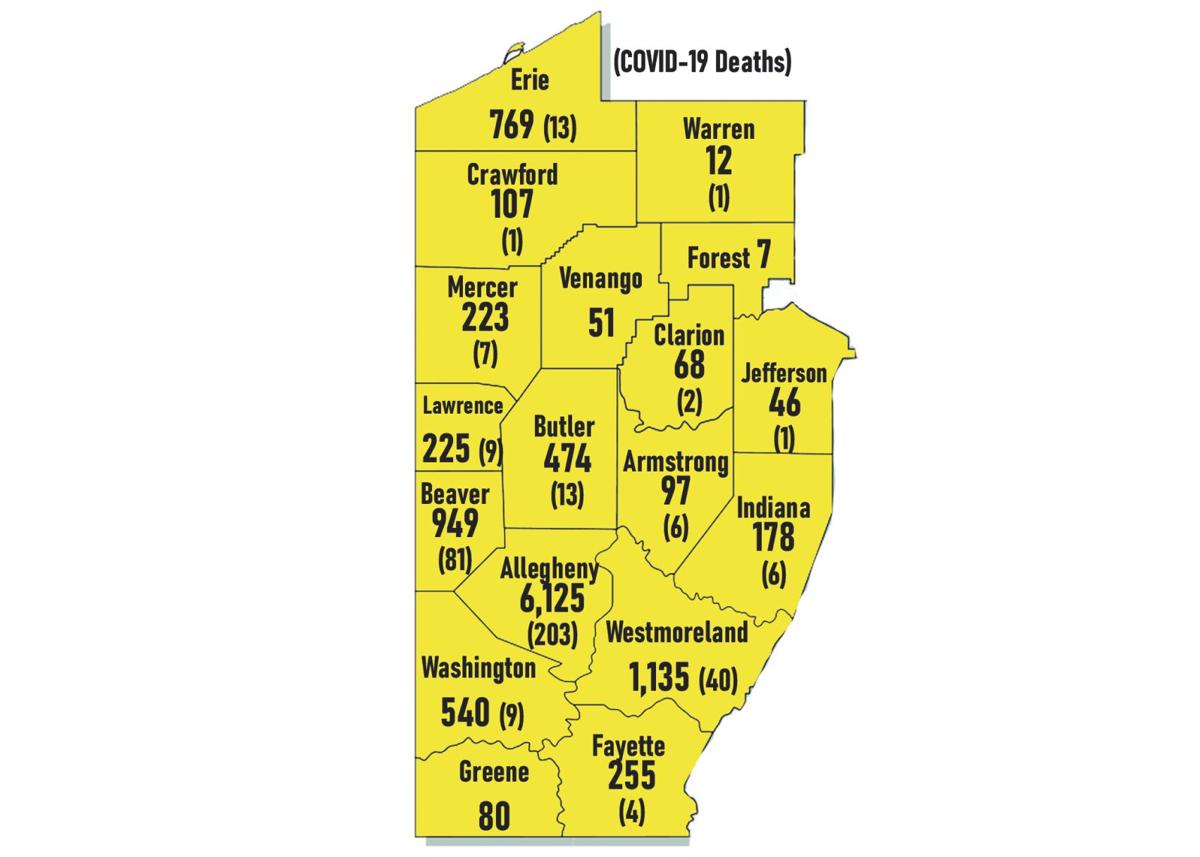 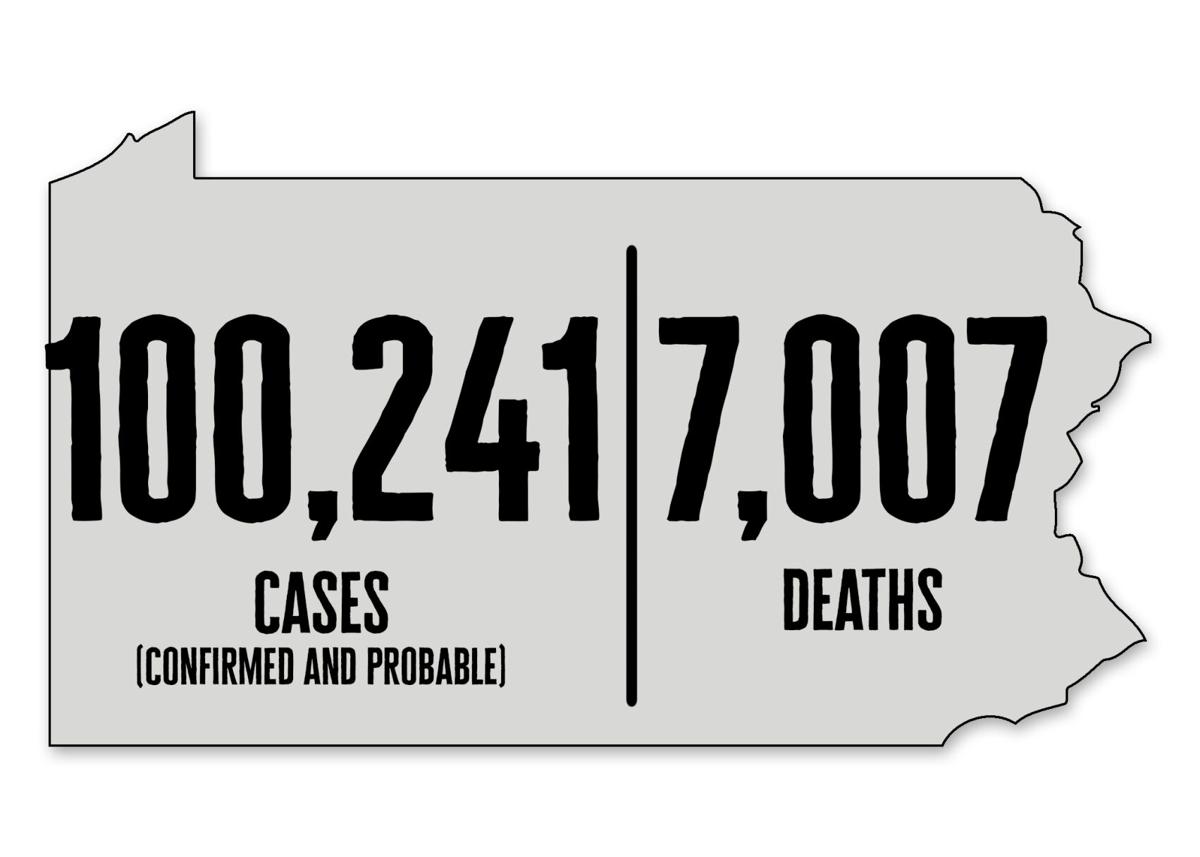 While Crawford County reported an additional two new cases overall—giving it 107 total cases—its confirmed case totals shifted from 87 to 90 and probable cases decreased from 18 to 17.

According to the state, no new deaths were reported from the tri-county area. Statewide, there were 15 additional deaths reported pushing the total to 7,007.

— Oil City Healthcare and Rehabilitation Center reports five resident cases of COVID-19 in the state Department of Health's nursing and personal care facilities document, which was last updated on Tuesday.

— To date, there has been no nursing or personal care facility COVID-19 cases reported from Forest County.

— According to the most recent statewide data on nursing and personal care facilities, there are now 18,597 resident cases and 3,587 cases among employees, for a total of 22,184 at 782 distinct facilities in 58 counties.

— The state said there were an additional 18 deaths reported from nursing and personal care facilities, pushing the total to 4,802.

— The state continues to report a statewide recovery rate of 76%.

— The number of statewide tests administered between July 11 and Friday is 142,110, including 5,552 positive test results, according to the state.

— To view additional data and information, including Pennsylvania maps that break down the number of COVID-19 cases by county and ZIP code, go to www.health.pa.gov and click on "Coronavirus (COVID-19)."