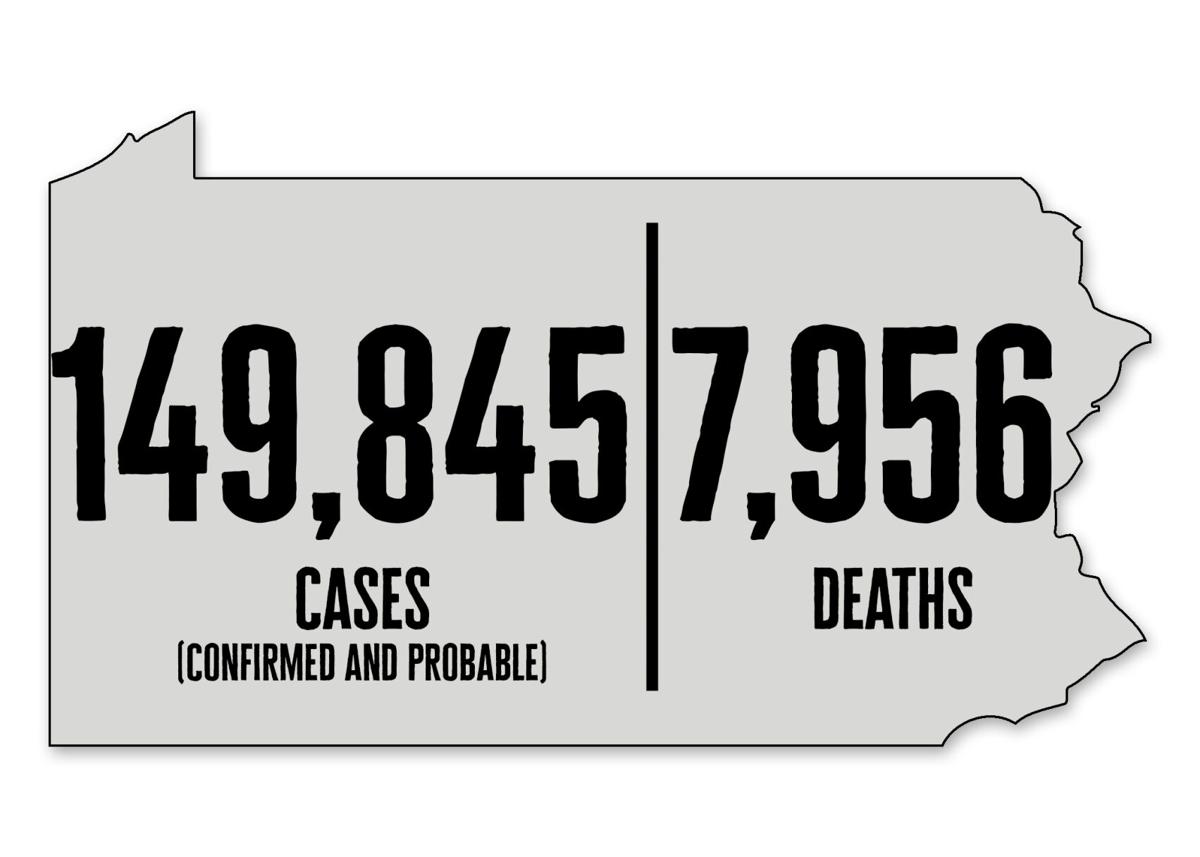 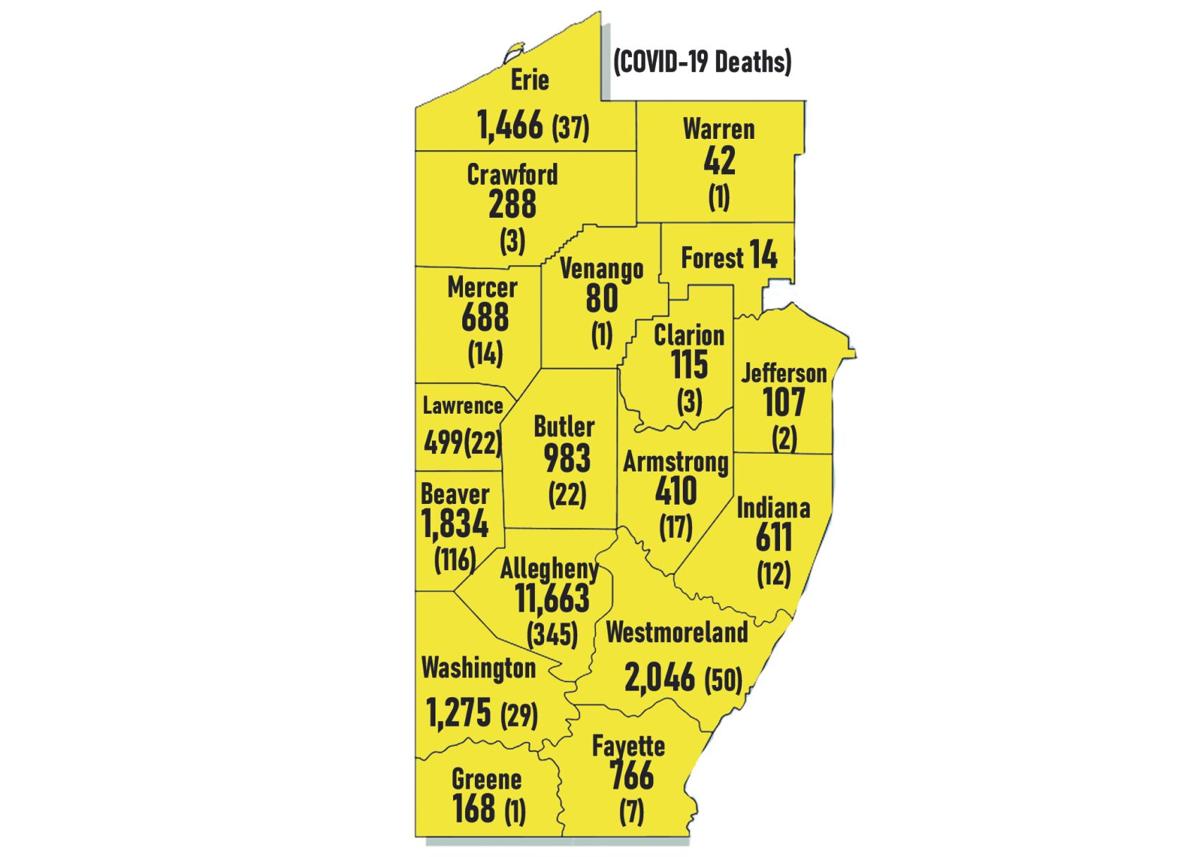 The county also changed the status of one probable case to confirmed, giving the county 102 total confirmed cases and 13 probable.

Venango County, the state said, holds at 80 total cases (63 confirmed and 17 probable) and Forest County is firm at 14 cases (11 confirmed and three probable.

- A nursing and personal care facilities chart, a cumulative table compiled by the state that is updated daily, continues to show Venango County with five resident cases and fewer than five employee cases at one unnamed facility.

To date, there have been no nursing and personal care facilities COVID-19 cases reported from Forest County.

-Statewide data on nursing and personal care facilities show there are now 22,277 resident cases and 4,869 cases among employees for a total of 27,146 at 958 distinct facilities in 61 counties.

- The state said there are a total of 5,354 deaths that have been reported from nursing and personal care facilities.

- The state continues to report a statewide recovery rate of 82%.

- The number of statewide tests administered between Sept. 12 and Friday is 175,962, including 5,798 positive results, according to the state.