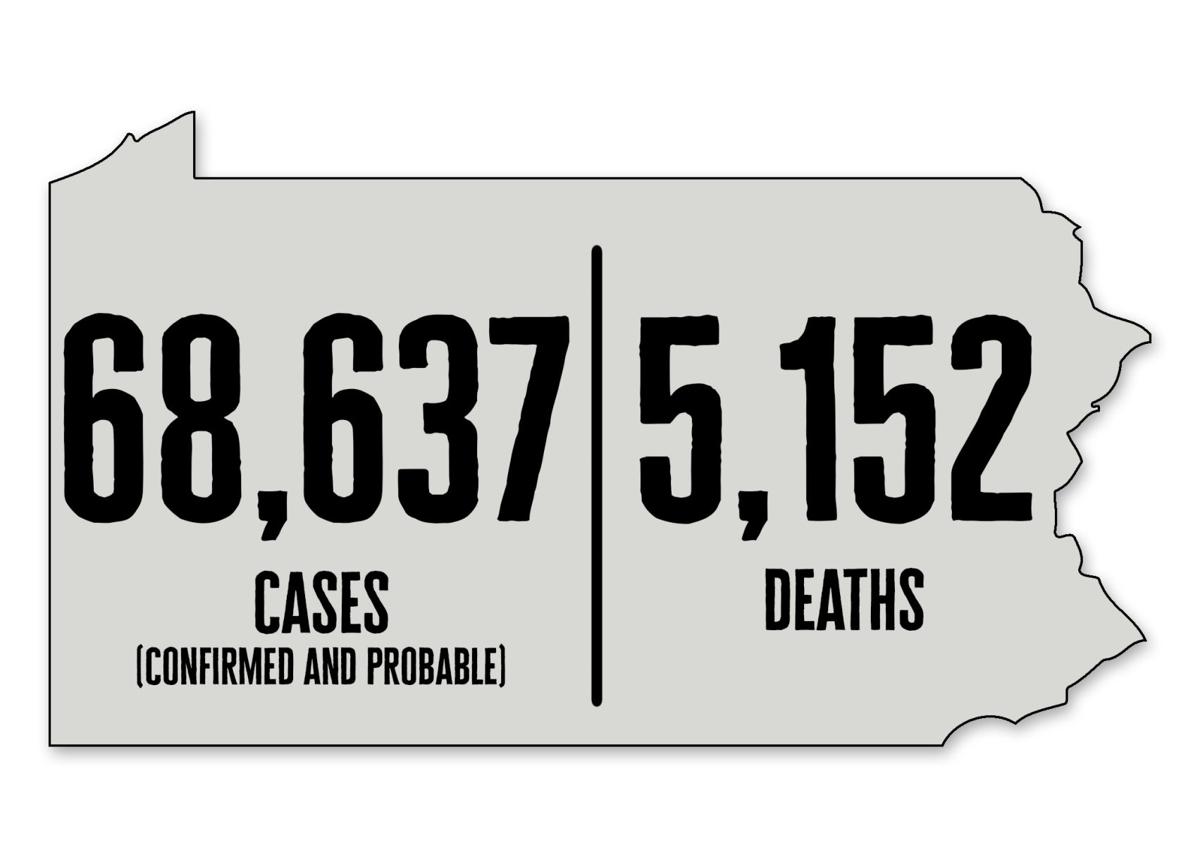 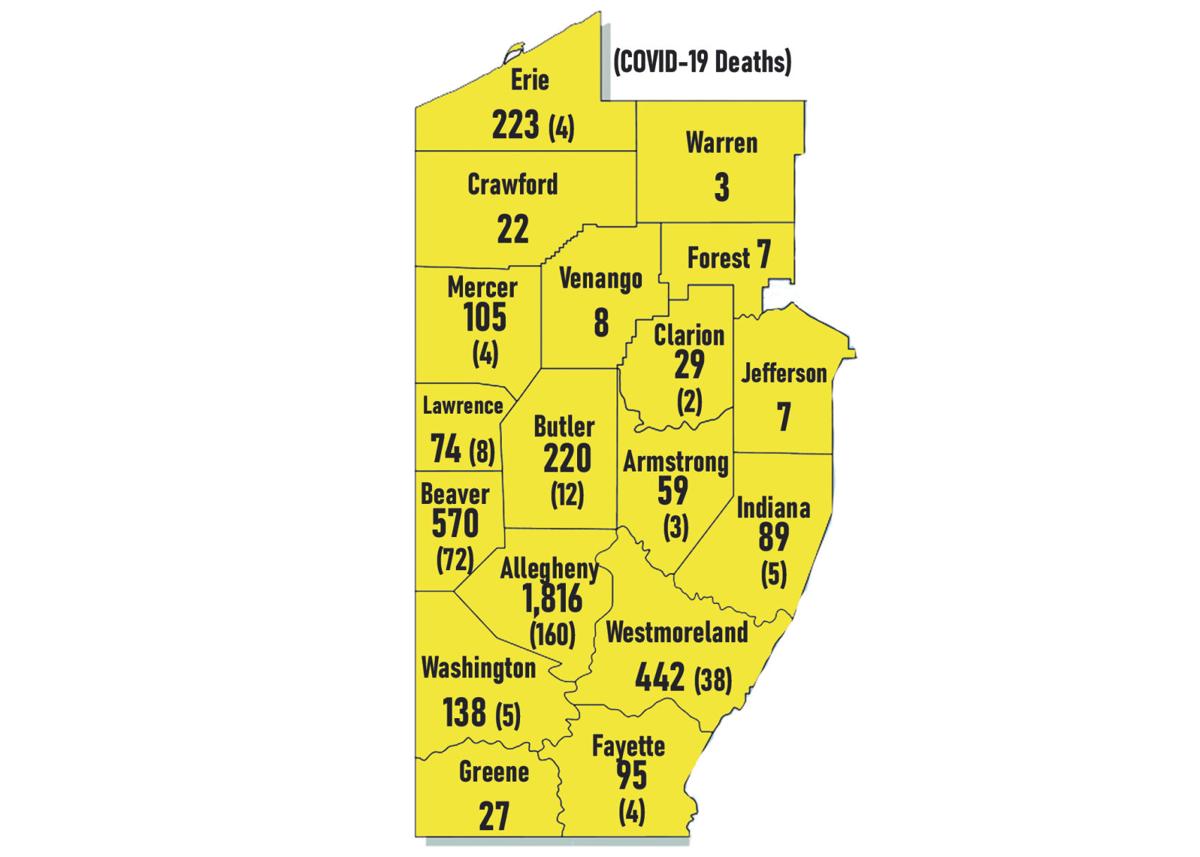 An additional 19 statewide cases of the virus among health care workers were reported on Tuesday — a decrease of 22 from the number of new cases reported Monday — pushing the total number of those cases to 5,159.

The 68,637 total statewide cases reported by the state include confirmed and probable cases. The confirmed cases total 66,779.

According to the Centers for Disease Control and Prevention, a serology test "is designed to detect antibodies produced in response to SARS-CoV-2 and to avoid detection of antibodies against other common coronaviruses that cause less severe illnesses, such as colds."

The state said there were 13 new deaths reported Tuesday, which is two lower than the number of additional deaths reported Monday, bringing the statewide total to 5,152.

A death reported Friday by Butler Health System from Butler Memorial Hospital was not included in the state's number of reported deaths on Tuesday.

In nursing and personal care homes, the state reported 167 new cases of COVID-19 on Tuesday, an increase of 124 from the number of additional cases reported Monday.

Cases included in the nursing and personal care facilities statistics, the state reported, are those of residents and employees in the following counties:

The statewide total of deaths reported from nursing and personal care facilities, according to the state, is 3,395, which includes deaths in the following counties, all of which are fewer than five:

— Butler: Concordia at the Orchard in Butler

To view Pennsylvania maps that break down the number of COVID-19 cases by county and zip code, go to www.health.pa.gov and click on "Coronavirus (COVID-19)."

— Butler Health System reported Clarion Hospital had conducted 924 total tests through Monday, including 666 tests at the hospital's outdoor facility. A total of 32 tests were positive for the virus.

As of Tuesday, BHS said, Clarion Hospital has no COVID-19 in-patients or COVID-19 patients in the hospital's intensive care unit.

— BHS also reported Butler Memorial Hospital had conducted 4,505 total tests through Monday, including 2,492 tests at the hospital's outdoor facility. A total of 238 tests were positive for the virus.

As of Tuesday, BHS said, there are six Butler Memorial Hospital COVID-19 in-patients. Two of those patients have been confirmed as having the virus and four are suspected of having it. There is one COVID-19 patient in the hospital's intensive care unit.

The statistics provided by the state and those provided by area health systems could vary.

The state Department of Health lists cases by age group, followed by percentage of total cases. Percentages might not total 100% due to rounding: