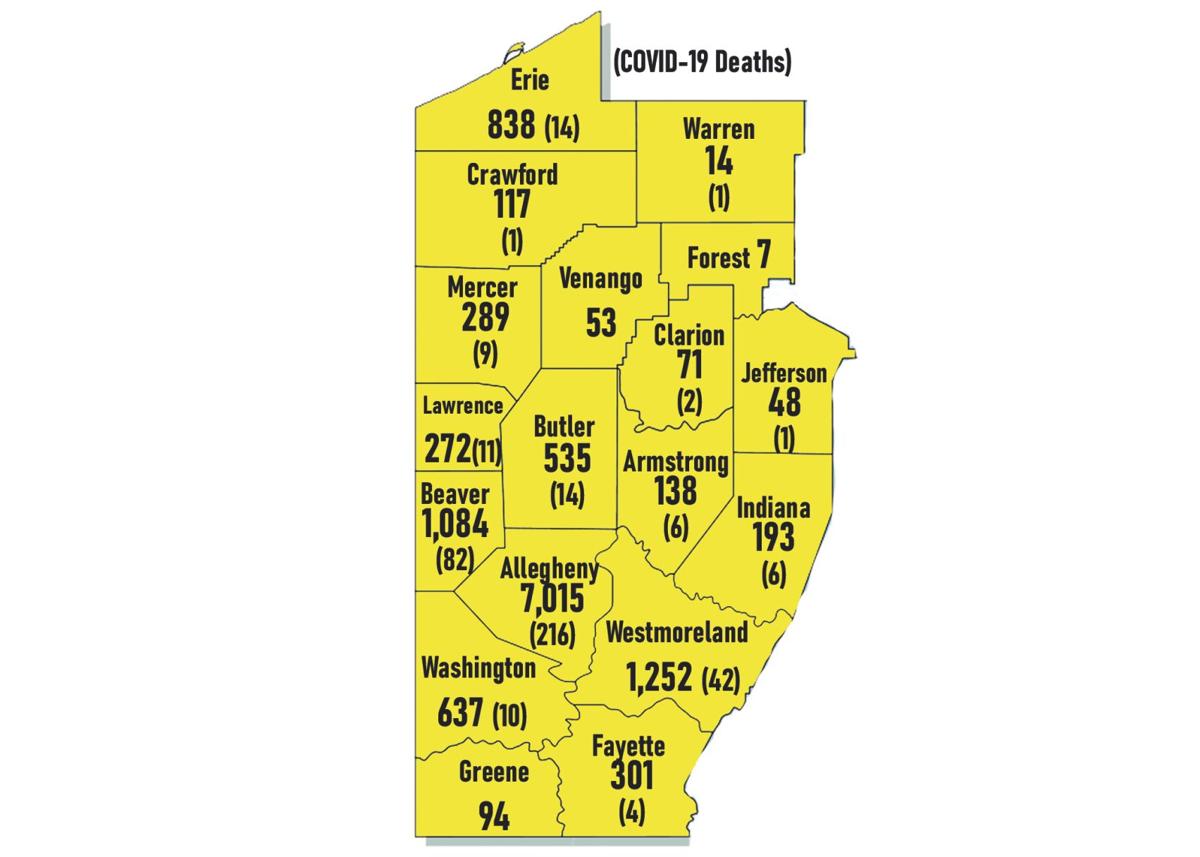 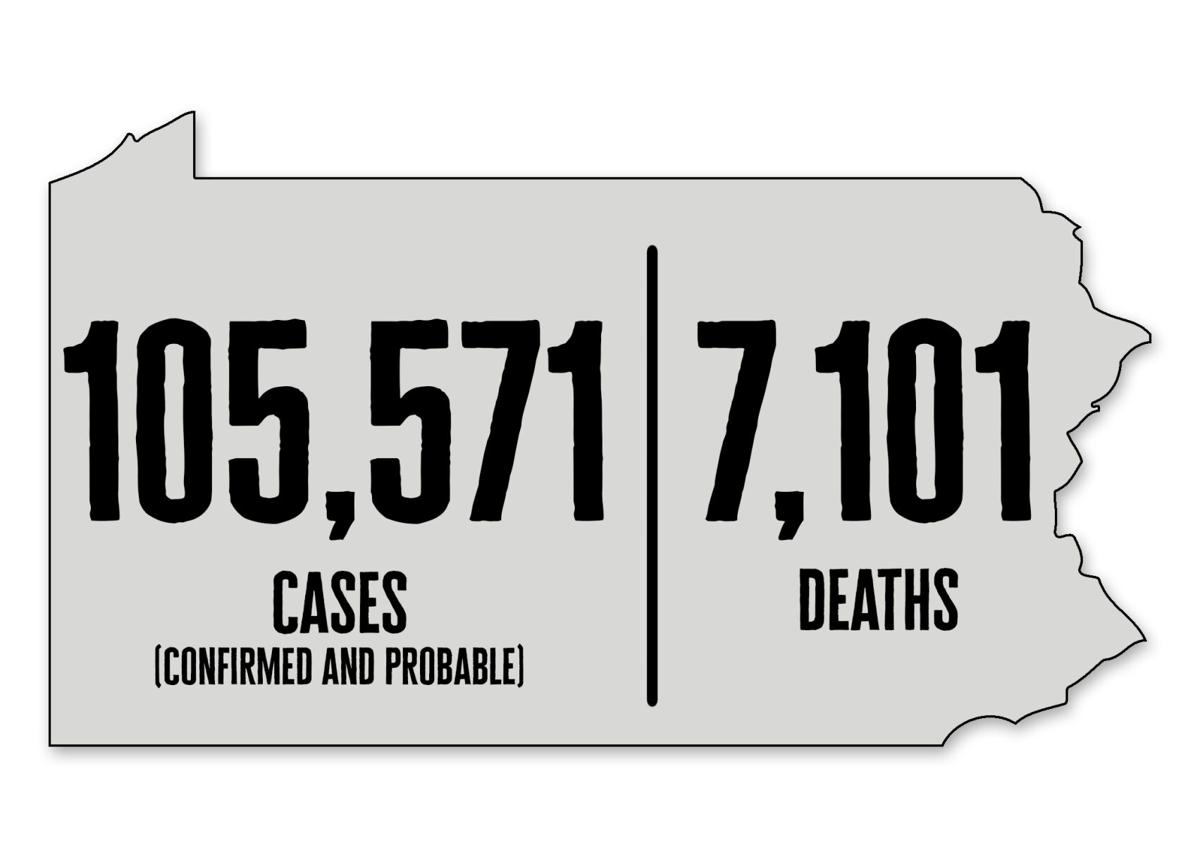 Friday's cases count breaks a two-day streak of fewer than 1,000 new cases. Fewer than 1,000 additional cases have been reported in 75 of the past 82 days.

According to the state, no new deaths were reported from the tri-county area.

Statewide there were 22 additional deaths reported, pushing the total to 7,101.

— The state continues to report a statewide recovery rate of 75%.

— The number of statewide tests administered between July 17 and Thursday is 121,858, including 5,912 positive results, according to the state.

— Butler Health System on Friday reported Clarion Hospital had conducted 2,723 total tests through Thursday, including 2,006 tests at the hospital's outdoor facility. A total of 68 tests were positive for the virus and 76 results were pending.

As of Monday, Clarion Hospital has two confirmed COVID-19 in-patients, including one in the hospital's intensive care unit.

— Statistics from the state, area health systems or officials could vary.

2CDL A & B DRIVERS Due to customer demand, DTA

2CDL A & B DRIVERS Due to customer demand, DTA is see…

2021 Sandycreek Township Board of Supervisors meetings will be held

LEGAL NOTICE Letters Testamentary on the Estate of Clara M.

LEGAL NOTICE Letters Testamentary on the Estate of Clara …

LEGAL NOTICE LETTERS TESTAMENTARY have been granted in th…