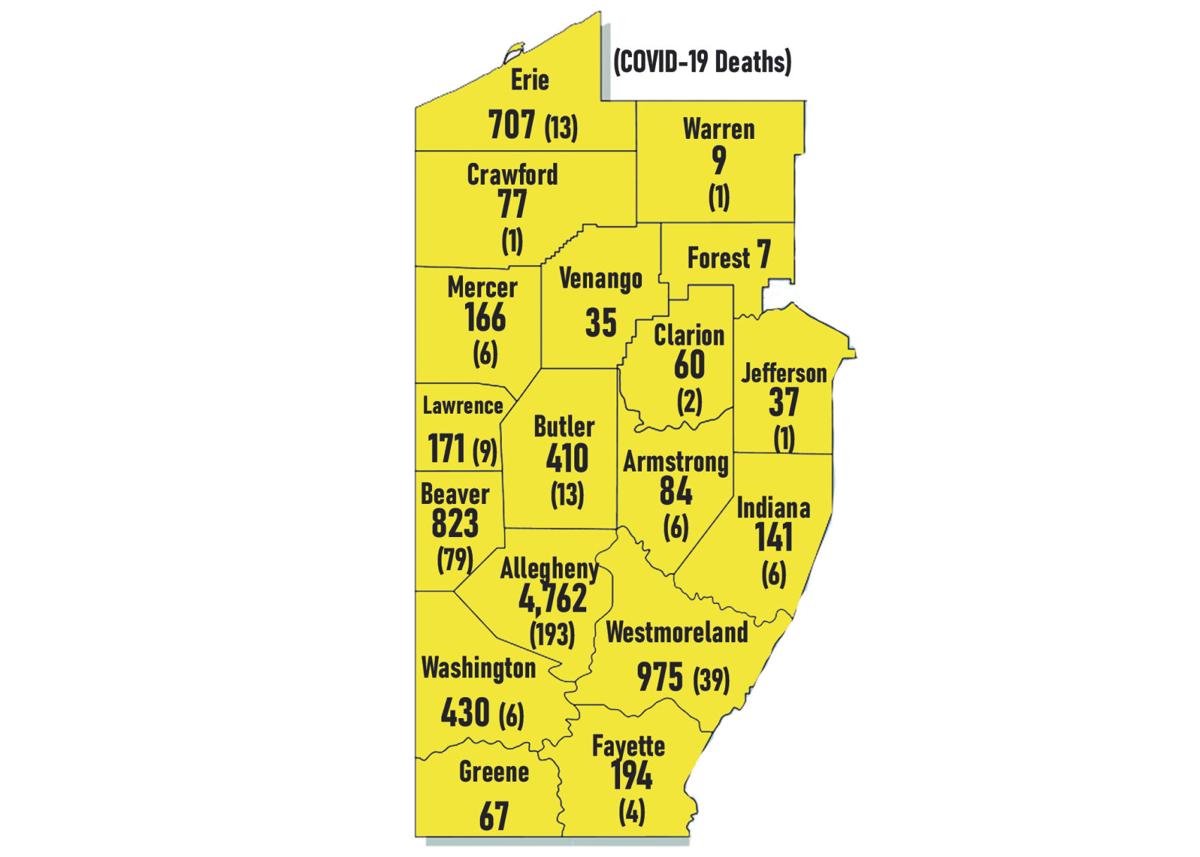 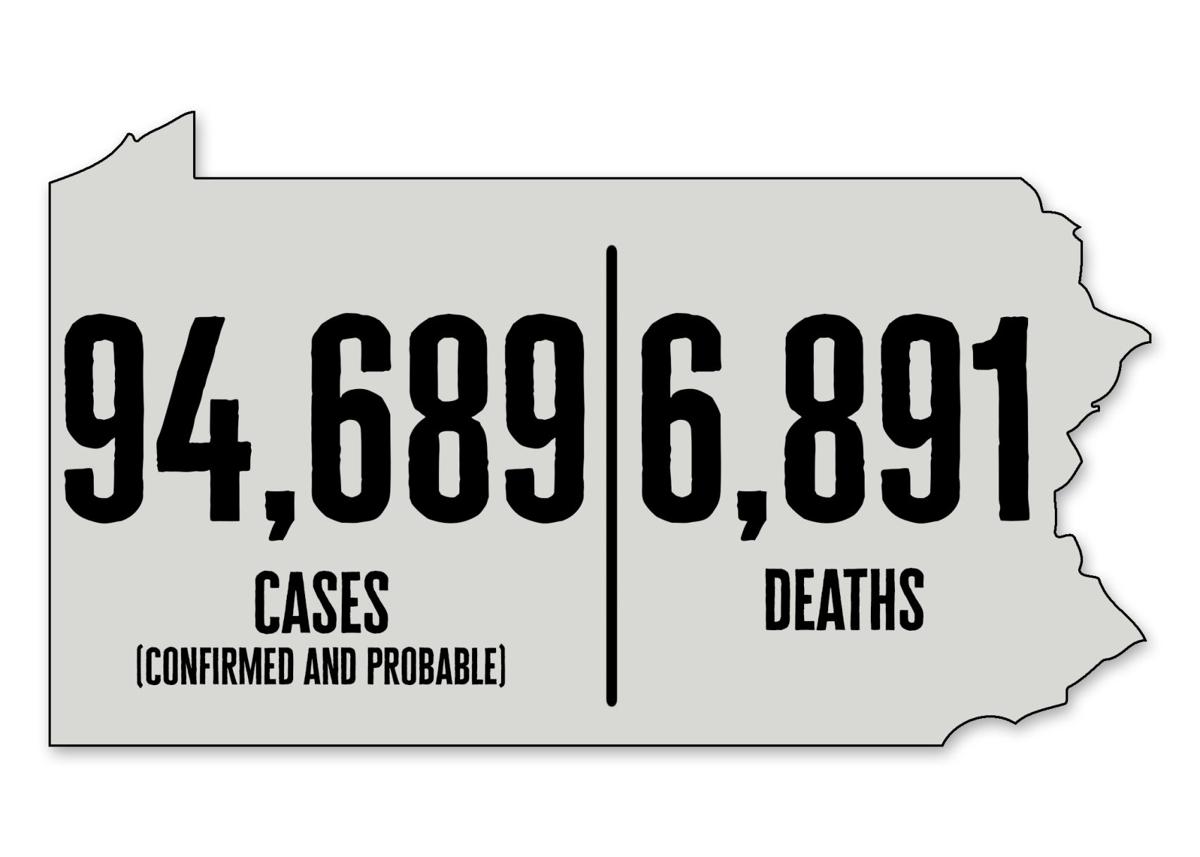 While Crawford County's total cases remain the same at 77, it reported one new confirmed case, giving the county 61 confirmed and 16 probable.

Statewide on Saturday, 813 new positive cases were reported–196 under the number reported Friday–to raise the total number of cases to 94,689 (92,001 confirmed and 2,688 probable), according to the state. There are 7,097 cases among health care workers.

Until Friday, the state had gone 60 consecutive days with fewer than 1,000 cases reported.

No new deaths were reported from the tri-county area on Saturday. Statewide, there were 17 additional deaths reported, pushing the total to 6,891.

There were five reported cases among residents and fewer than five employee cases reported at Clarion Senior Living according to a separate document available on the Department of Health website. That list contains self-reported COVID-19 data from Department of Human Services licensed personal care homes and assisted living residences.

To date, there are no cases that have been reported from nursing and personal care facilities in Venango or Forest counties.

According to the most recent statewide data on nursing and personal care facilities, there are 18,216 resident cases and 3,453 cases among employees, for a total of 21,669 at 748 distinct facilities in 57 counties.

The state said four additional deaths were reported Saturday from nursing and personal care facilities, pushing the total to 4,703.

The state continues to report a statewide recovery rate of 77%.

The number of statewide tests administered between July 4 and Friday is 132,648, with 5,135 positive test results, according to the state.

The number of people in the tri-county area who have tested negative for the virus is 3,111, according to the state. Statewide, there have been 817,634 people with negative test results.