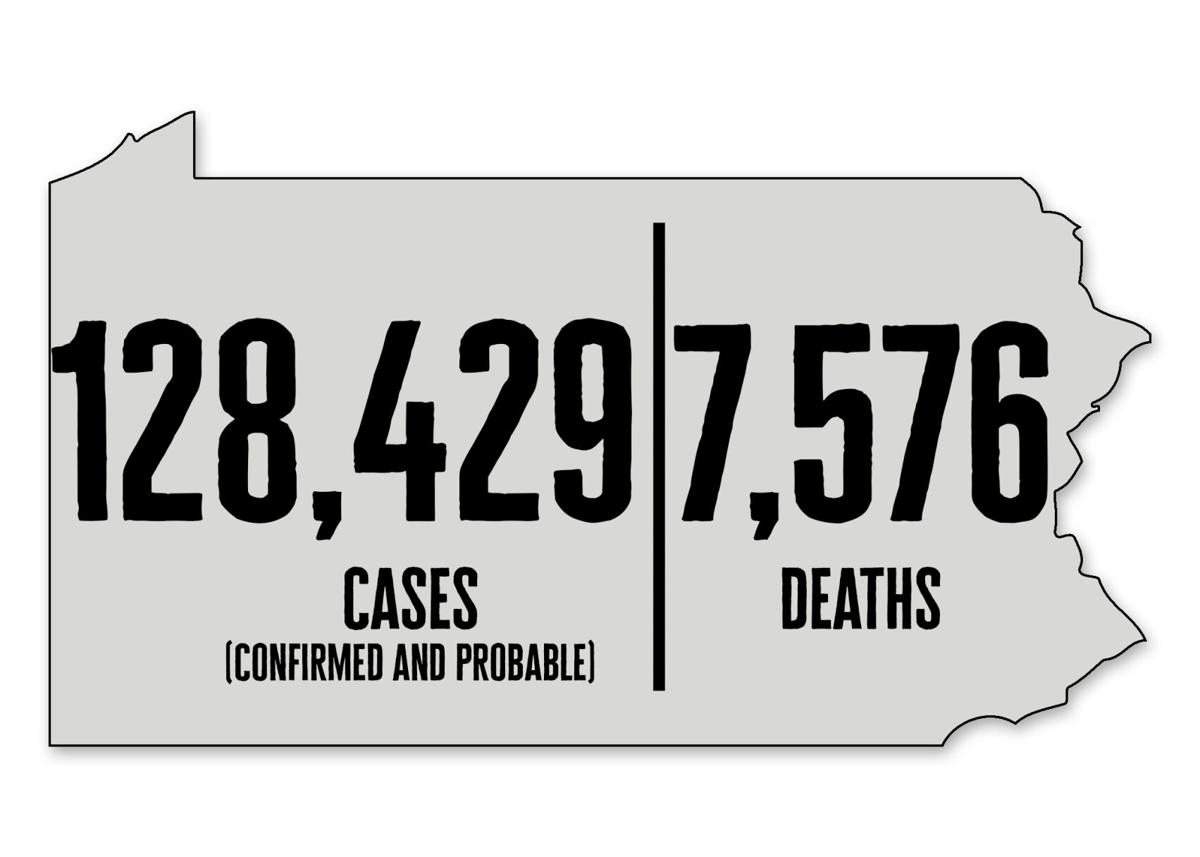 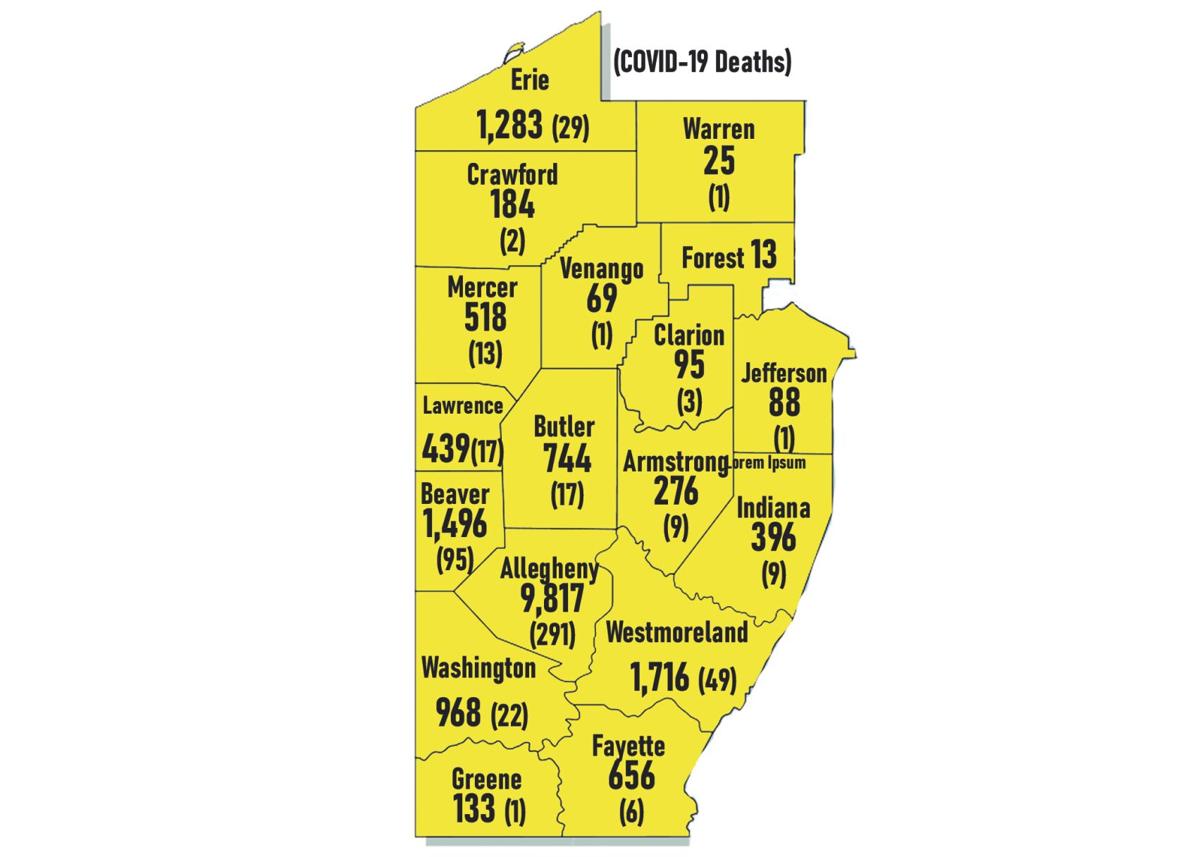 Despite the reported death, the state said the number of total virus cases in the county remained at 69 total (54 confirmed and 15 probable).

The number of additional statewide cases reported Saturday marks the 25th consecutive day of fewer than 1,000 new cases reported and the 102nd in the past 111.

According to the state, no new deaths were reported from Clarion or Forest counties.

Statewide there were 18 additional deaths reported, including one in Mercer County, raising the total to 7,576.

- The most recent statewide data on nursing and personal care facilities show there are now 20,665 resident cases and 4,368 cases among employees for a total of 25,033 at 914 distinct facilities in 61 counties.

- The state said four additional deaths were reported Saturday from nursing and personal care facilities, raising the statewide total to 5,125.

- The state continues to report a statewide recovery rate of 80%.

- The number of statewide tests administered between Aug. 15 and Friday is 156,165, including 4,629 positive results, according to the state.

- Statistics from the state, area health systems or officials could vary.