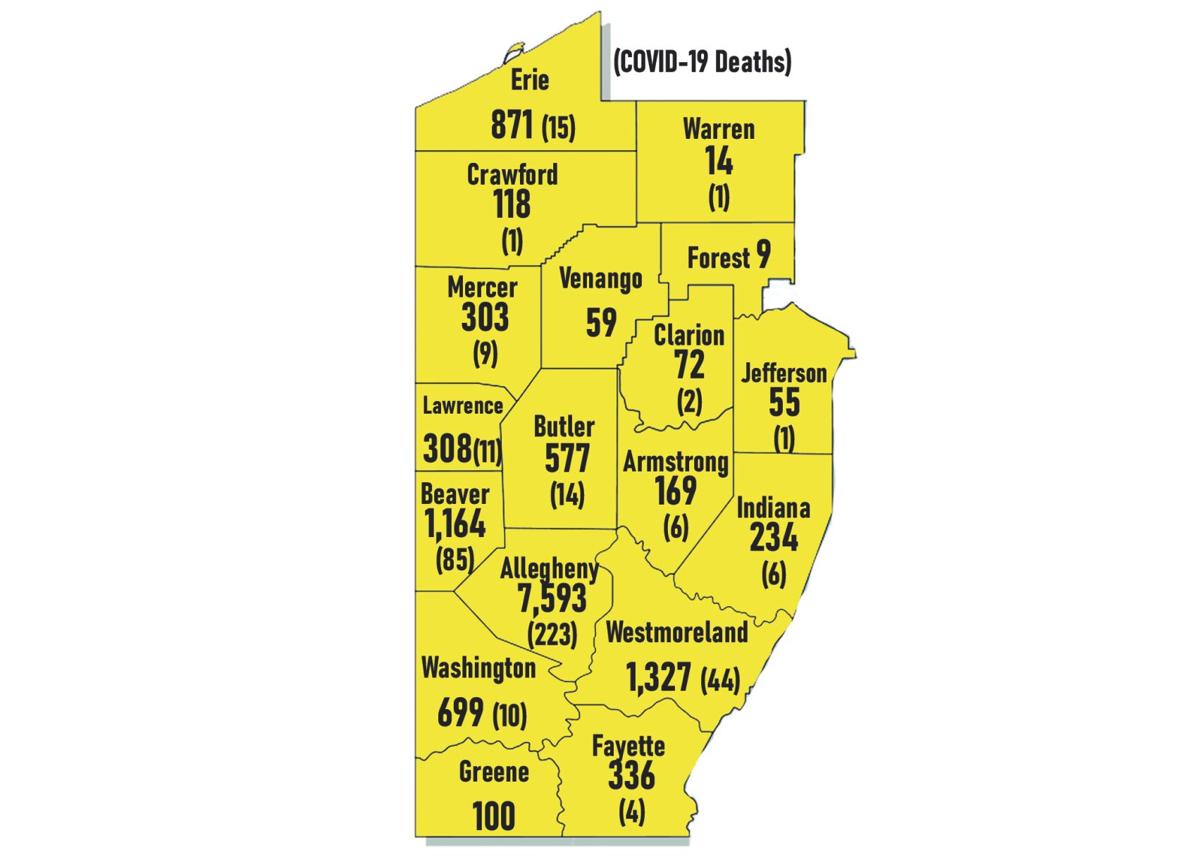 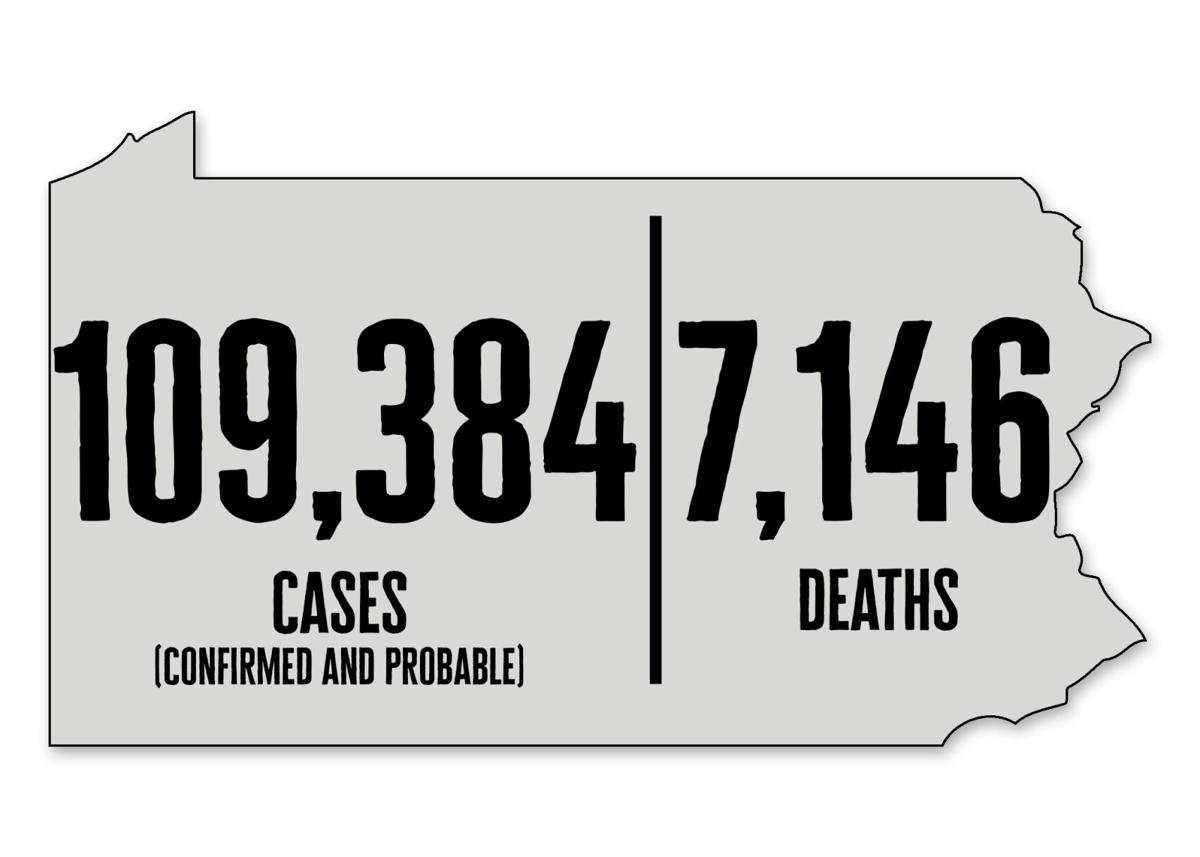 HARRISBURG — The state Department of Health on Tuesday announced Venango County and Forest counties have reported additional cases of COVID-19.

Forest County, which had not reported any new cases in more than three months, reported one confirmed case and one probable case, giving the county nine cases (six confirmed and three probable), the state said.

The last time Forest County had reported new cases was on April 16, when the county had two, according to the state.

According to the state, no new deaths were reported from the tri-county area.

Statewide there were 24 additional deaths reported, pushing the total to 7,146.

— In the state Department of Health's nursing and personal care facilities document that also was updated Tuesday, no tri-county facilities are reporting cases of COVID-19.

— To date, there have been no nursing or personal care facilities COVID-19 cases reported from Forest County.

— According to the most recent statewide data on nursing and personal care facilities, there are now 19,225 resident cases and 3,868 cases among employees, for a total of 23,093 at 835 distinct facilities in 61 counties.

— The state said there are a total of 4,857 deaths that have been reported from nursing and personal care facilities.

— The state continues to report a statewide recovery rate of 75%.

— The number of statewide tests administered between July 21 and Monday is 162,937, including 6,526 positive results, according to the state.

As of Monday, the hospital has two COVID-19 in-patients.

— Statistics from the state, area health systems or officials could vary.