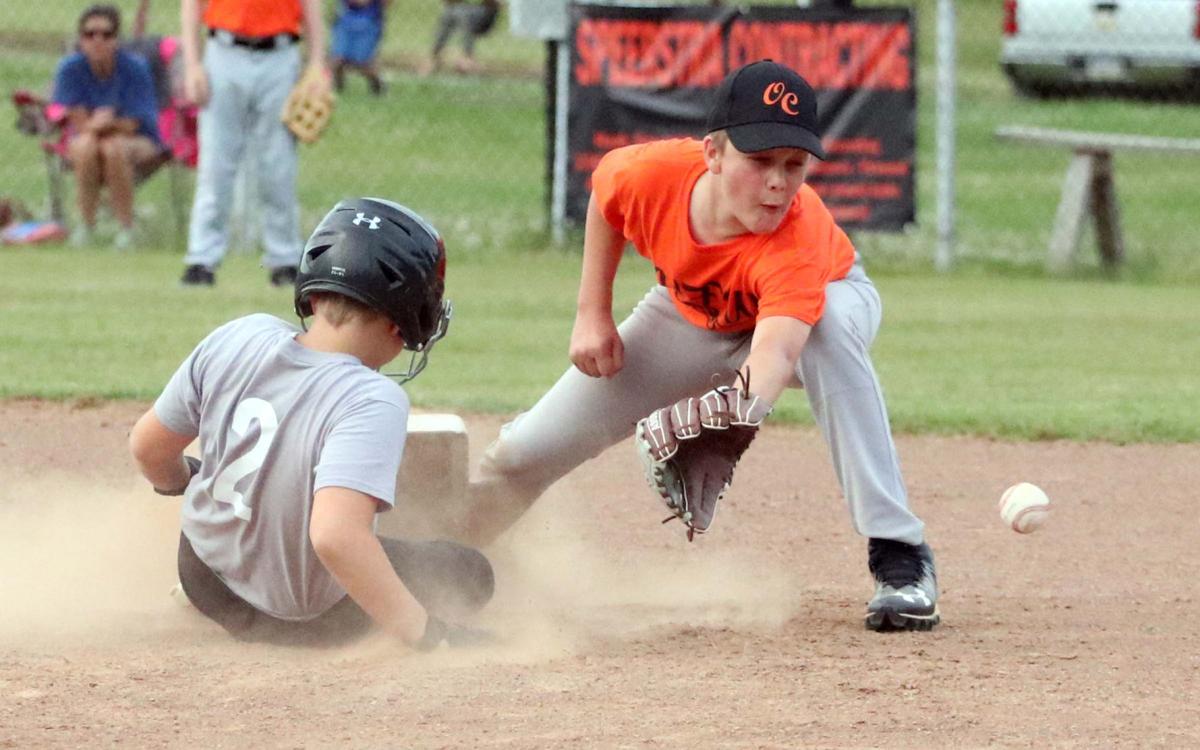 Photos by Ryan Kunselman. VFW's Spence SIngleton (right) tries to field a throw as Optical World's Brody Bowler slides in for a double. 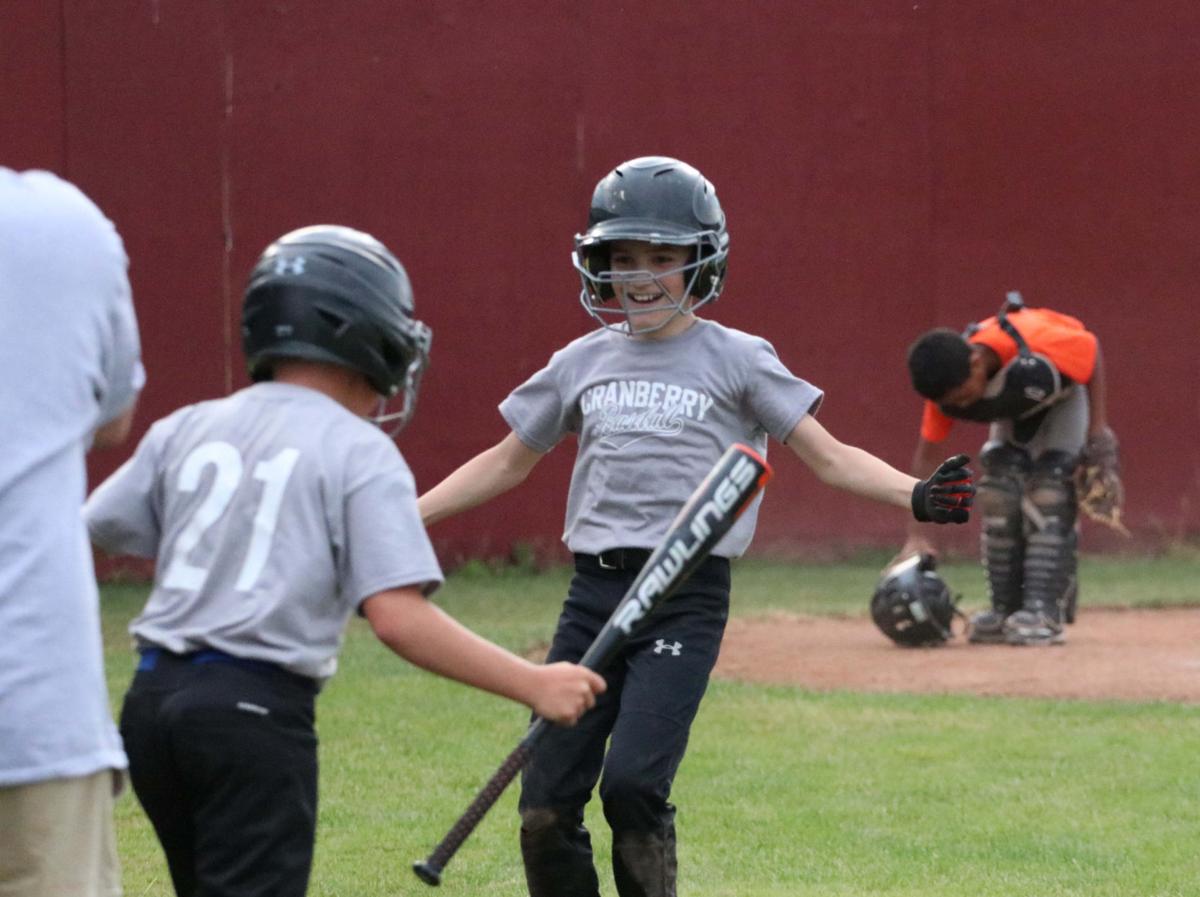 Photos by Ryan Kunselman. VFW's Spence SIngleton (right) tries to field a throw as Optical World's Brody Bowler slides in for a double.

CRANBERRY - Peyton Sloan played the hero for Optical World on Friday evening in Tri-City Little League baseball action, crossing the plate in the bottom of the sixth for an 11-10 walk-off victory over VFW.

Sloan was the only batter that stepped to the plate in the final at-bat, and he was the only batter Optical World would need as the offensive sparkplug tucked a line drive just inside the right field line at Cranberry Little League field before turning on the jets. He raced around first and second easily enough and, with the ball already on its way in from the outfield, tried to stretch a double into a triple.

The aggressive move paid off.

As Sloan was sliding into third base, the throw to the bag ricocheted off his back and bounced away. That gave the speedy leadoff man just enough time to race home ahead of the throw at the plate and score the winning run.

Despite the outcome, it was VFW that took control of the game early, putting up three runs in the top of the first.

An error and a hit batter began the rally for VFW, setting up a Spence Singleton RBI single. Another run scored on a wild pitch while the final run of the inning came when Ryan Jackson swiped home on a double steal with runners on first and third.

Optical World countered with a lone tally in the bottom half when Sloan led off the game with a walk before being chased home on an RBI groundout from Landon Baker.

VFW got that run back in the top of the second, but Optical World pulled to within 5-3 at the end of the frame thanks to a two-RBI double off the stick of Andrew Knight.

After VFW added another run on a wild pitch in the third, Optical World took its first lead of the game with a four-run bottom half of the inning.

Bronson Irwin ignited the rally with a single before being brought home on a double by Brody Bowler. An infield single by Joe Sorenson left runners on first and third before Bowler was chased home on an RBI single from Landon Melat. The final run scored on a fielding error, leaving Optical World up 7-6 through three.

In the fourth, VFW regained the edge by plating runs on a steal of home by Blake Marchinke, who raced home on a throw from the catcher back to the pitcher, before another runner scored on a wild pitch.

The momentum was short-lived, though, as Optical World countered with three of its own runs in the bottom of the fourth. One of those runs came on an RBI single from Bowler while the other two scored on errors, leaving the score at 10-7.

Some sparkling defensive plays from VFW in the fifth inning kept them within striking distance heading into the sixth, and they made the most of the opportunity.

Marchinke walked to open the inning, Singleton followed with a single and Jackson coaxed another free pass to load the bases. All three came around to score on either wild pitches or passed balls to tie the game before the at-bat ended with a 10-all score.

That's when Sloan strolled to the plate and worked his magic.

He would finish the game with three runs on two hits while Bowler drove in a pair on two hits as well for Optical World. Knight added three RBIs in the victory.