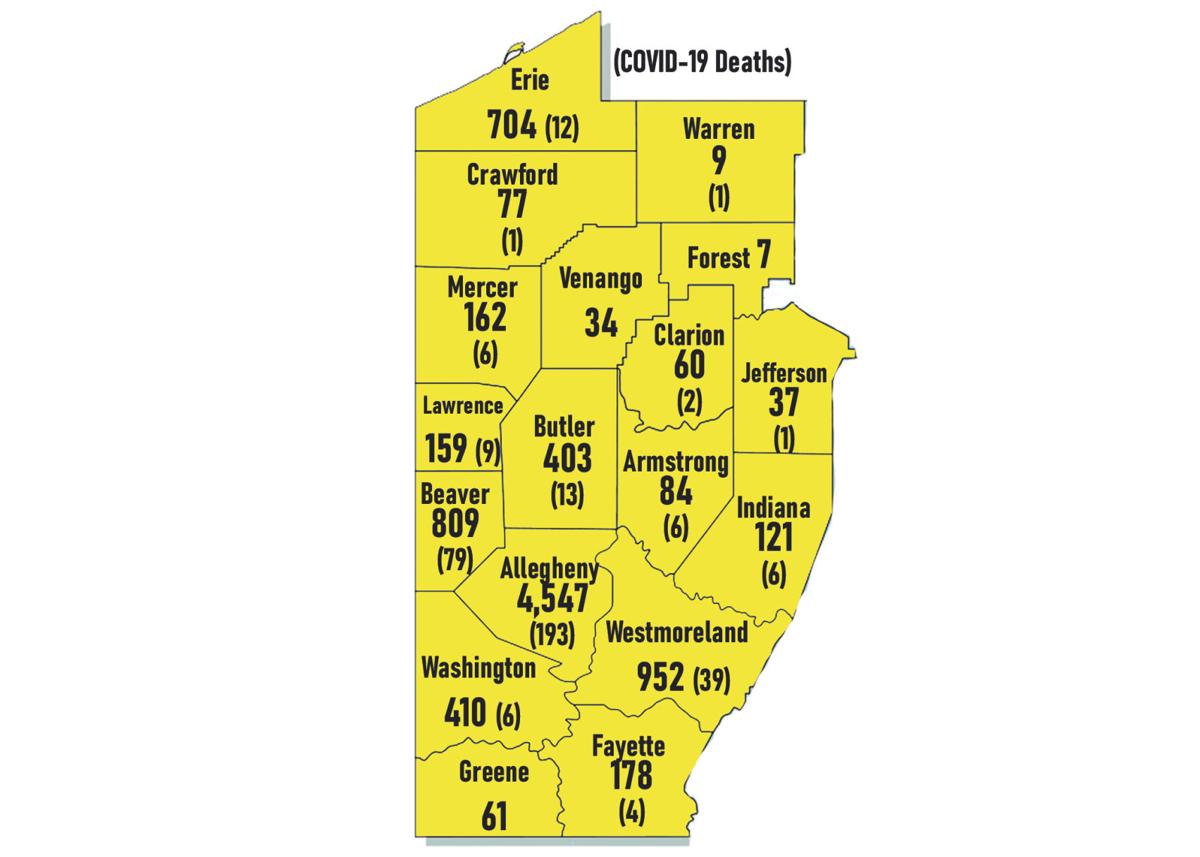 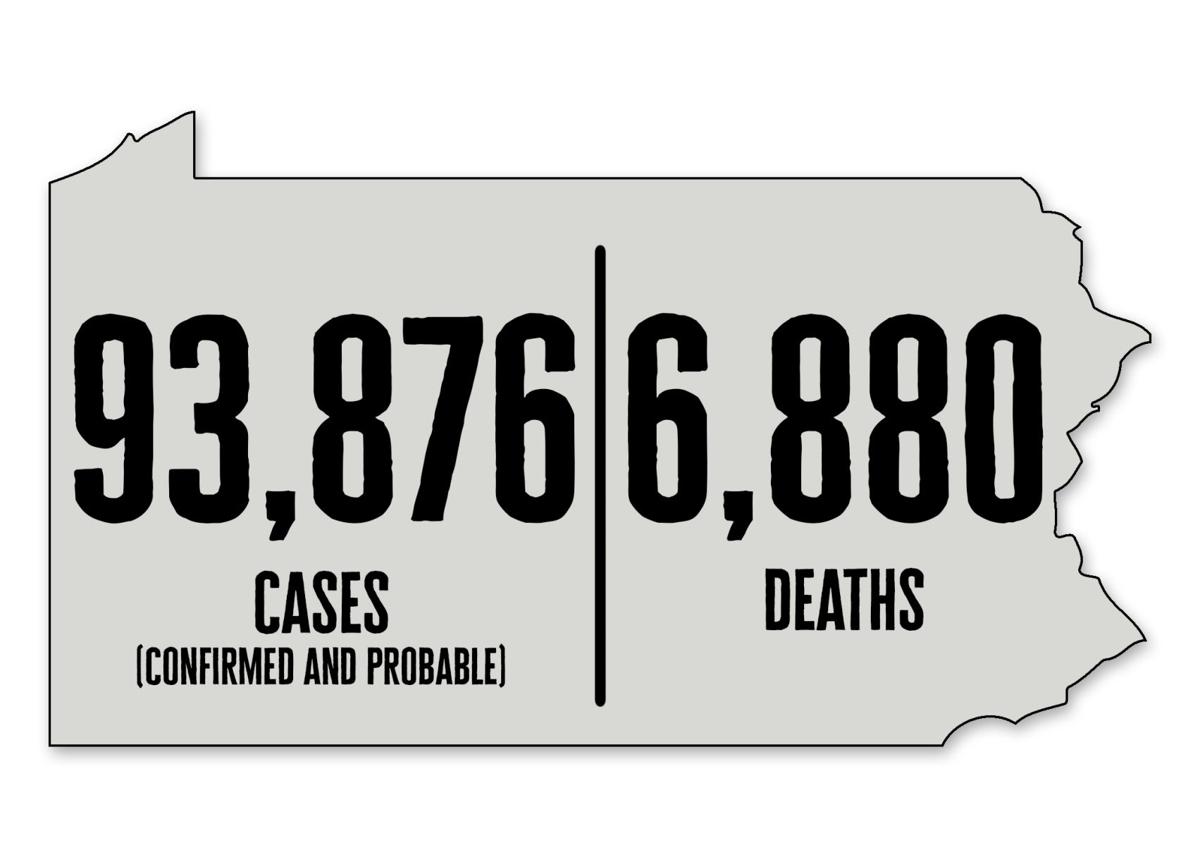 In its nursing and personal care facilities report, the state announced Clarion Senior Living reported five positive cases of COVID-19 among residents and fewer than five cases among staff members.

Overall in Clarion County, the state is reporting 11 resident cases and three employee cases among two facilities. To date, there are no cases that have been reported from nursing and personal care facilities in Venango or Forest counties.

The state said one probable case of the virus was subtracted from Venango County's cases total. The total now is 34 (20 confirmed and 14 probable).

According to the ZIP code data map, areas within Venango County with the most confirmed cases reported include the Franklin area, 10; and Titusville area — spanning Venango, Crawford and Warren counties — eight.

The number of additional statewide cases reported Friday breaks a string of 60 consecutive days of fewer than 1,000 new cases.

No new deaths were reported from the tri-county area on Friday. Statewide, there were 32 additional deaths reported, pushing the total to 6,880.

According to the most recent statewide data on nursing and personal care facilities, there are 18,164 resident cases and 3,428 cases among employees, for a total of 21,592 at 737 distinct facilities in 55 counties.

The state said 32 additional deaths were reported Friday from nursing and personal care facilities, pushing the total to 4,699.

The state continues to report a statewide recovery rate of 77%.

The number of statewide tests administered between July 3 and Thursday is 128,821, with 4,793 positive test results, according to the state.

The number of people in the tri-county area who have tested negative for the virus is 3,020, according to the state. Statewide, there have been 804,764 people with negative test results.

Butler Health System on Friday reported Clarion Hospital had conducted 2,085 total tests through Thursday, including 1,481 tests at the hospital's outdoor facility. A total of 52 tests were positive for the virus and about 325 test results were pending.

As of Friday, Clarion Hospital had three COVID-19 in-patients, one confirmed as having the virus and two suspected of having it.

No virus patients were in the hospital's intensive care unit.