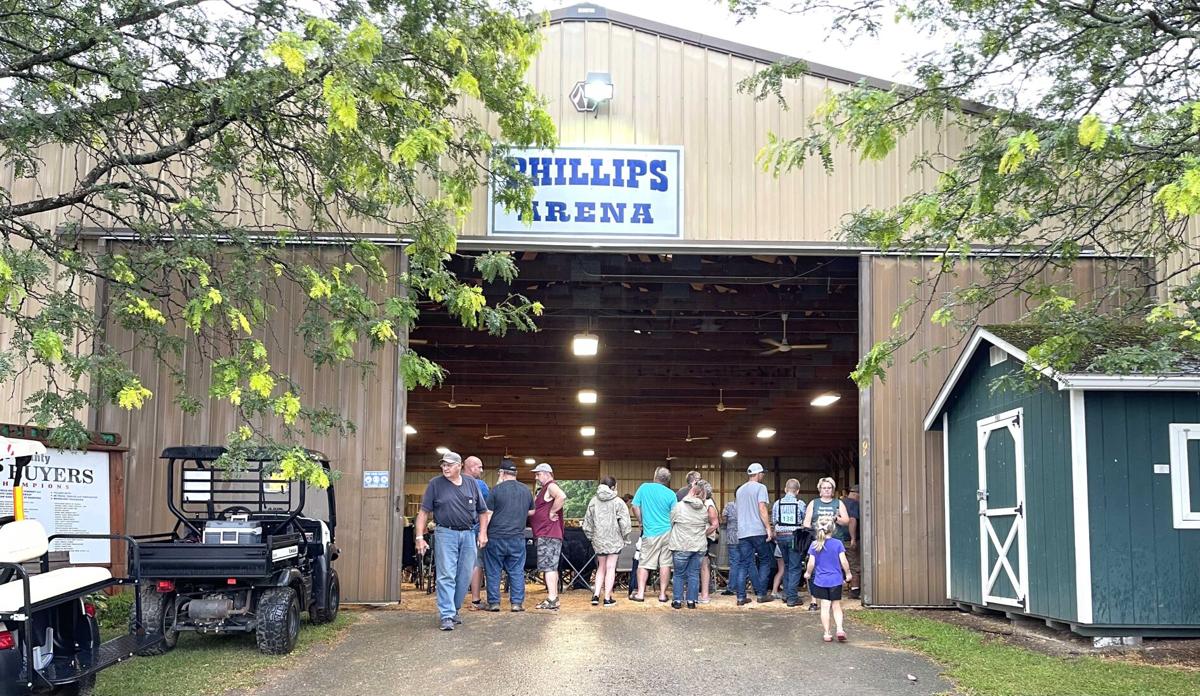 Fairgoers packed Phillips Arena on Wednesday for the annual swine show, partly because of rain and partly because, according to fair board secretary Penny Buckholtz, the swine show is one of the fair's biggest animal demonstrations every year. (Photo by Stacey Gross) 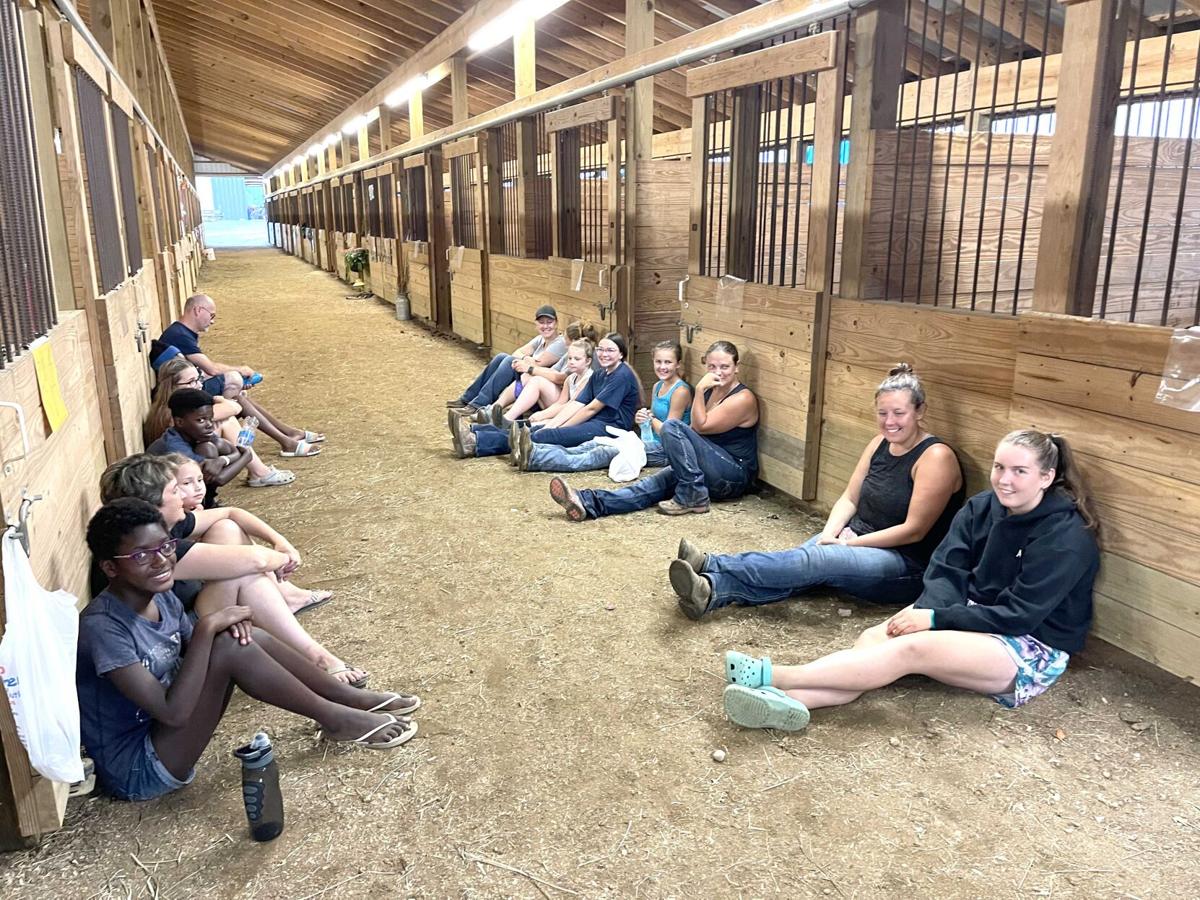 Riders for Hard Luck Farms, in Clintonville, sat out the lightning and thunder Wednesday afternoon at the Venango County Fair. (Photo by Stacey Gross) 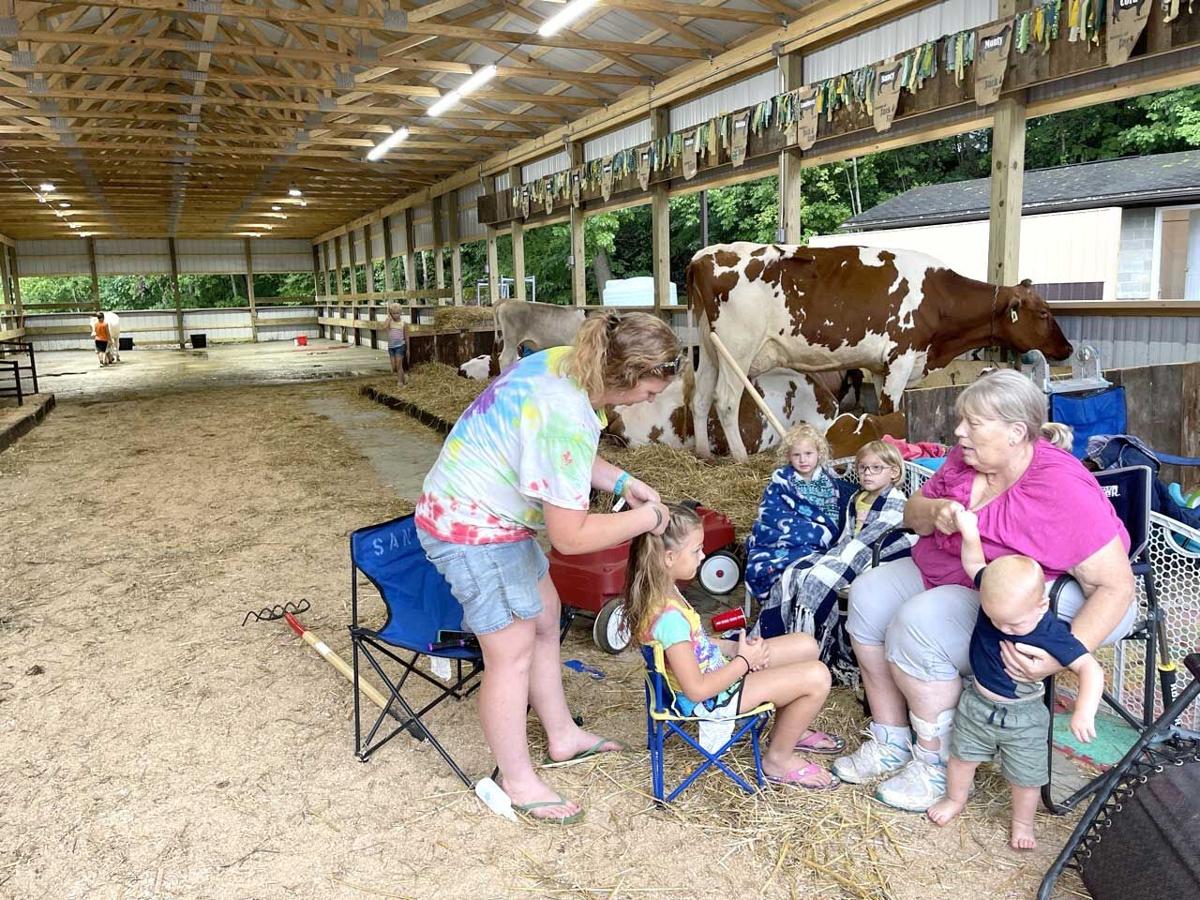 The Jacoby/Jones/Weiser family has been showing at the fair for generations, and family members are well aware of how to make the most of a rain delay (or a tornado warning). (Photo by Stacey Gross) 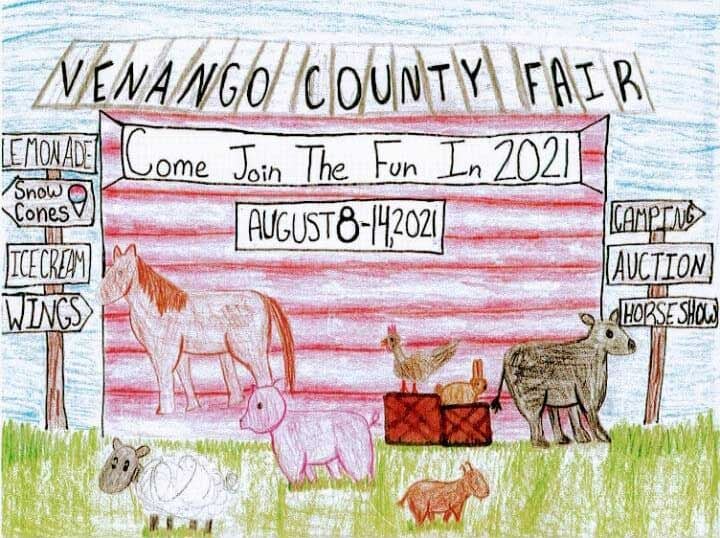 Fairgoers packed Phillips Arena on Wednesday for the annual swine show, partly because of rain and partly because, according to fair board secretary Penny Buckholtz, the swine show is one of the fair's biggest animal demonstrations every year. (Photo by Stacey Gross)

Riders for Hard Luck Farms, in Clintonville, sat out the lightning and thunder Wednesday afternoon at the Venango County Fair. (Photo by Stacey Gross)

The Jacoby/Jones/Weiser family has been showing at the fair for generations, and family members are well aware of how to make the most of a rain delay (or a tornado warning). (Photo by Stacey Gross)

"It always rains once, every year," Venango County Fair Board secretary Penny Buckholtz said Wednesday about the weather at the fair.

While the folklore has held true again this year after Wednesday's showers, Buckholtz said most of the fair's shows and other events are unbothered by a little bad weather, mainly because the majority of animal demonstrations are held inside.

"The horses," Buckholtz said, show rain or shine and are delayed or rescheduled due only to lightning, which was the case intermittently Wednesday afternoon.

The only other events stopped for weather, Buckholtz said, are the truck and tractor pulls, derbies and other motorsports events.

Many families spend the entire week at the fair, camping with other families, children, and animals.

That's a lot of little hands to keep busy all afternoon, said Gayle Jones. The family has learned to set up a small play area, gated off with plastic barriers, for the smallest kids.

Older kids, said Sandy Jones, are expected to help with chores, get dressed and ready for the next show, and see to their animals. The barn is rarely on downtime, said Sandy, even when lightning has events on pause.

More thunderstorms are possible today, according to the forecast, but Gayle Jones said she's got any thunderstorm beat.

Gayle said she remembers being at the fair several years ago, showing cattle with her own school-age children, when a tornado warning put a stop to everything for about 30 minutes.

Everyone scooped up their own kids and, if they had an extra arm, someone else's too and took shelter in the basement of the fair offices until the all clear was given, Gayle Jones said.

Buckholtz and several fair board members corroborated Gayle's recollections, adding that it was likely around 2006, though no one remembered the exact year.

No matter what though, the family agreed, being at the fair - as a family - is a much anticipated event, rain or shine.

STACEY GROSS, reporter for The Derrick and The News-Herald, can be reached at staceygross.thederrick@gmail.com or (814) 676-7057.

NEW BETHLEHEM — The 77 teachers in the Redbank Valley School District on Monday morning began walking the picket line — a walk that could last several weeks.

ADMINISTRATIVE ASSISTANT (Part-Time) The City of Oil City is accepting

Class A & B local drivers. Full or part time.

Class A & B local drivers. Full or part time. Hazmat …

Full Time Dock Worker, will train. Apply in person at: