KNOX — The theft of two vehicles and reports of other vehicles being entered have prompted state police in Clarion to seek information regarding the theft of items from vehicles in the Lucinda area of Knox Township.

Both stolen vehicles have been recovered and state police say there is no threat to public safety.

According to a news release posted Tuesday morning, police responded to a reported hit-and-run crash at about 5:30 a.m. Sunday along Route 66 in Knox Township.

According to the release, it was determined the crashed and abandoned vehicle — an unspecified Dodge — had been reported stolen from a Washington Township residence.

According to a Marienville state police report released earlier Tuesday morning, a 2006 Dodge vehicle was stolen from the residence of Thomas Cunningham, 55, of Tionesta.

The victim told police he had gone to bed at midnight and awoke around 5:30 a.m. to discover the vehicle was gone, the release said. Thomas Cunningham, 26, of Pittsburgh, has been identified as a suspect in that case.

Later the morning of the hit-and-run crash, a Lucinda resident reported their Kia Sorento had been stolen from their residence. During that investigation, state police reported they learned other vehicles in the area had been broken into.

State police in Marienville and Clarion want to know if other victims have not reported their vehicles being entered by an unknown individual.

According to Clarion state police, the Sorento has been located and the suspect in the case has turned himself in. Police said the investigation is ongoing and there is no threat to public safety.

There is no indication Cunningham was jailed on those charges. He is, however, awaiting a preliminary hearing, which has not yet been scheduled.

The bridge over Halls Run Creek on Meadow Church Road in Cranberry Township has been closed because the bridge superstructure has deficiencies, according to the township's website.

Plans laid out for Veterans Bridge repairs in OC

PennDOT laid out its plans for shutting down and repairing Veterans Bridge in Oil City next year during a public meeting Thursday that was attended by just a few people.

The sound and smoke coming form muzzleloaders filled the air at Pioneer Flats in Two Mile Run County Park on Saturday during the third annual Black Powder Shoot Out, as participants shot their primitive firearms at metal targets and shared their experiences.

Experts say all kinds of jobs out there, even building subs

After a career spanning more than half a century, much loved Venango County physician William H. Fee Jr. will be closing the doors of his clinic this afternoon for the last time.

About 30 Cranberry Township residents registered their opposition to the proposed Cypress Creek Renewables solar farm — on property between Bucktail Road and Cranberry-Rockland Road — during a conditional use hearing on Thursday at the municipal building.

About 40 people gathered Wednesday in Rhoades Hall at PennWest/Clarion’s Venango Campus in Oil City as members of the Mu Xi chapter of the Sigma Theta Tau International Society of Nursing hosted a candle lighting ceremony for 36 fallen nurses.

Franklin state police said they are searching for a theft suspect who is accused of leaving Walmart in Cranberry Township with items and not paying for them.

Justus Lake and Two Mile Run County Park will show off their best early-fall colors when outboard boat racers return next weekend for one of the last regattas of the season.

PetFest draws hundreds of people, and their fur families, to Franklin

Franklin’s Bandstand Park was filled with hundreds of people on Saturday as the park went to the dogs — and an assortment of other critters — yet for another year during Precious Paws Animal Rescue’s fifth annual PetFest.

Several construction projects have been ongoing around Oil City the last few weeks as summer draws to a close.

Therapy dog Aspen is happy to bring comfort and joy

The lives of the humans at the Venango County Human Services Complex in Franklin get an extra boost a few days a week when they receive a visit from a special canine.

BROOKVILLE — It’s been said that “behind every successful man is a good woman.” In Cheryl Burkett’s case, that means digging in with your husband.

A memorial walk has been planned in Oil City to mark 30 years to the day that Shauna Howe was abducted on a South Side street and to honor the 11-year-old girl’s lasting legacy in the community.

The Derrick and The News-Herald will not be published today due to the Labor Day holiday. In addition, the newspaper offices are closed.

Clarion state police said they are searching for 15-year-old Melea Janis, who went missing from her Madison Township home at about 12:30 p.m. Saturday.

Outdoors enthusiasts of all sorts were settling in for Labor Day weekend fun and relaxation on Friday at the area’s local parks.

Two doctors from Brookville-based Laurel Eye Clinic were part of a team that performed more than 450 surgeries during a recent week-long mission project in Mexico.

Dead Level had the crowd revved at motorcycle rally (copy)

To hear members of Franklin-based band Dead Level talk about it, their debut at the world’s largest annual motorcycle rally in Sturgis, South Dakota, was a roaring success.

August wrapped up with a beautiful day on Wednesday, and though the crowds have thinned a bit with the start of school, several folks still turned out in downtown Franklin to enjoy the high-70s temperatures and end-of-summer sunshine.

In Remembrance: Remembering Those We Lost in August

KNOX — The theft of two vehicles and reports of other vehicles being entered have prompted Clarion state police to seek information regarding the theft of items from vehicles in the Lucinda area of Knox Township. 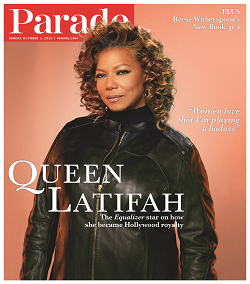 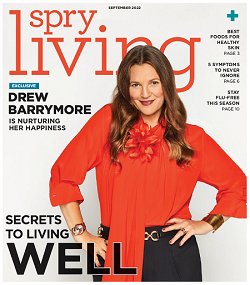 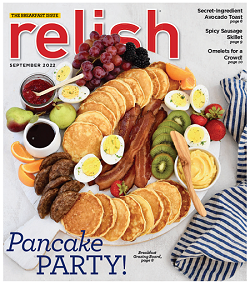