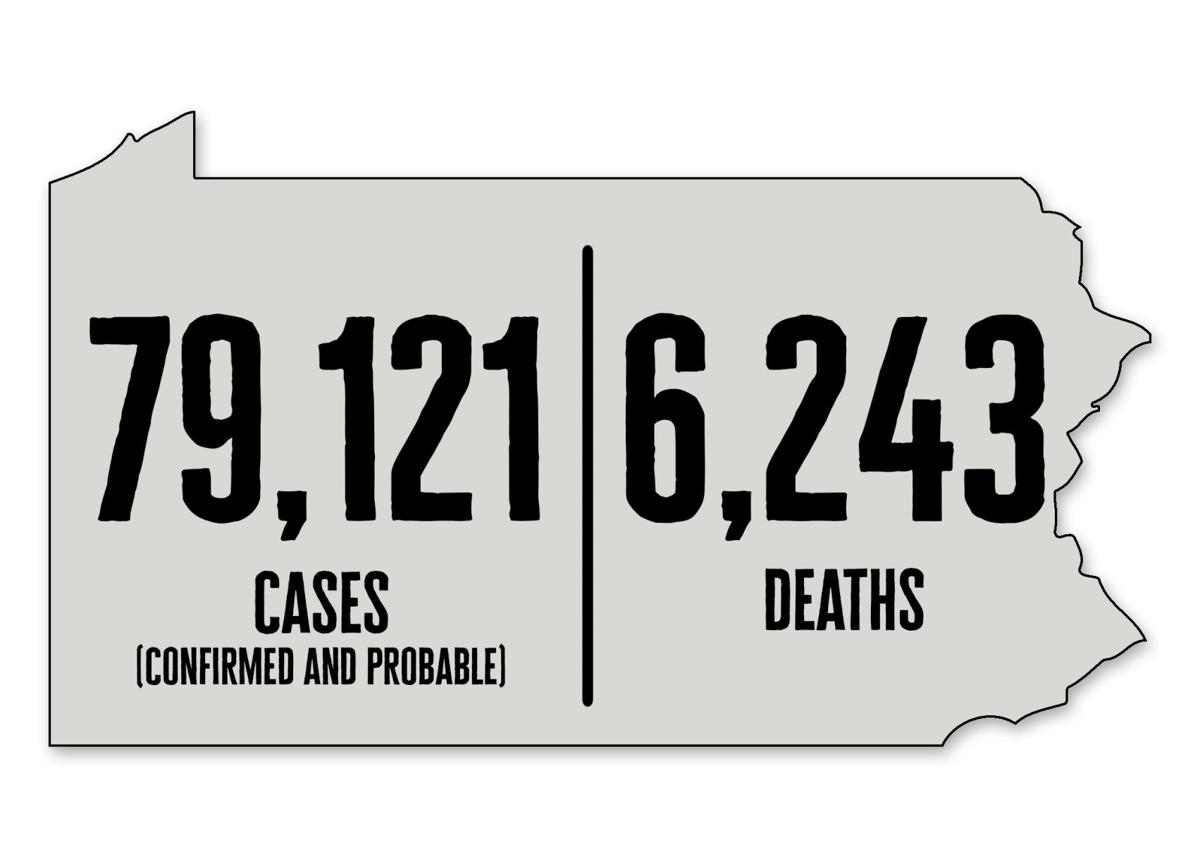 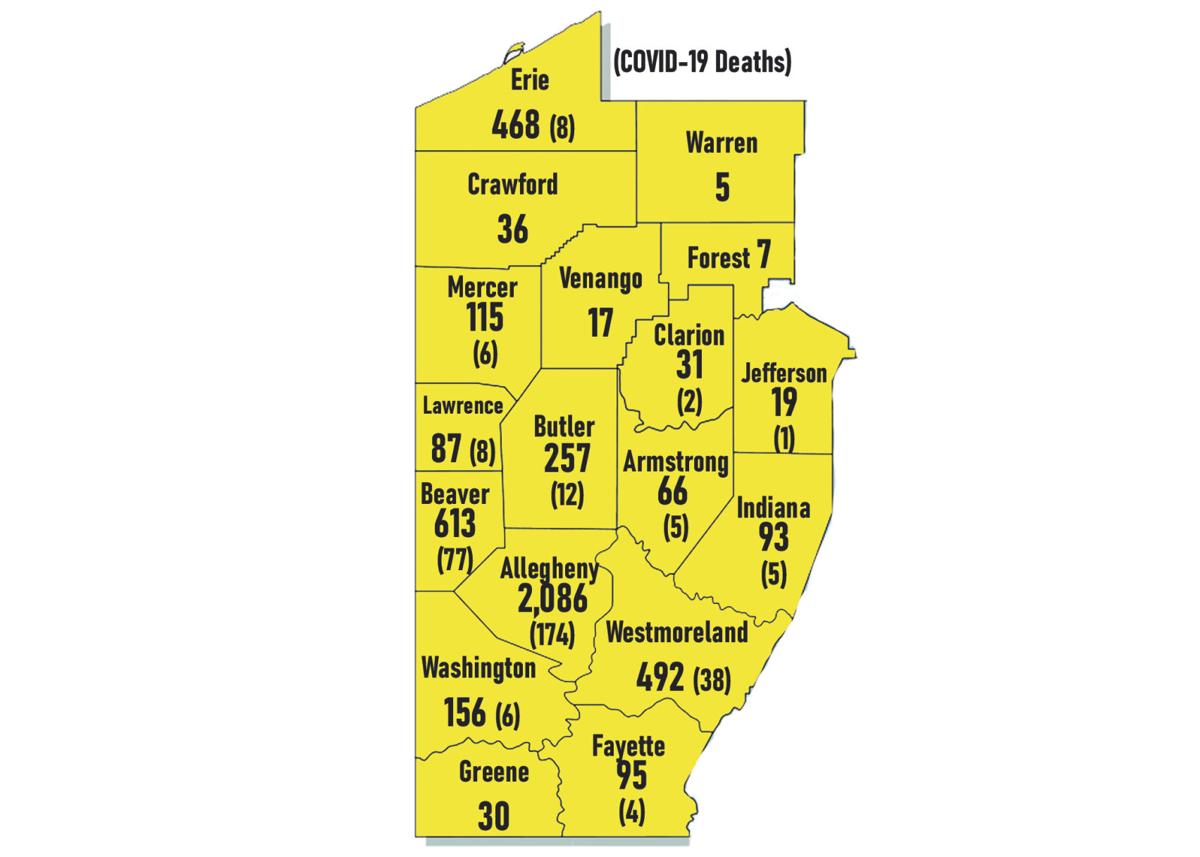 HARRISBURG — The state Department of Health on Monday said no new positive cases of COVID-19 were reported from the tri-county area.

The number of new cases also marks the 36th consecutive day of fewer than 1,000 new cases reported and 40th in the past 44.

Statewide on Monday, there were 28 additional deaths reported, which is 24 over the number of new deaths reported Sunday, pushing the total to 6,243.

According to the most recent information on nursing and personal care facilities, there are now 16,612 resident cases and 2,936 cases among employees, for a total of 19,548 at 642 distinct facilities in 47 counties.

The state is reporting a statewide recovery rate of 74%.

Butler Health System on Monday reported Clarion Hospital had conducted 1,259 total tests through Sunday, including 862 tests at the hospital's outdoor facility. A total of 38 tests were positive for the virus.

As of Monday, there are no COVID-19 in-patients at Clarion Hospital.