Franklin state police said a Rouseville man was fatally shot by a trooper after the man pointed his handgun in the direction of troopers outside his Rouseville home on Saturday morning.

State police, in a news release, identified the "victim" in the "assist mental health/officer involved shooting" as 59-year-old Douglas Stanton, of 432 Main St.

Police said they received a call at about 11:30 p.m. Friday from a 32-year-old Oil City woman, who said her "relative" had been calling and texting her throughout the afternoon making threats to commit suicide by shooting himself.

According to police, Stanton made statements that if any police officers showed up at his house, he would shoot them then kill himself with his 9 mm pistol.

The woman, police said, pleaded with Stanton to put away his pistol, and she was put in contact with Venango County Mental Health/Crisis Intervention.

Police said a mental health delegate made contact with the woman and obtained a Mental Health Warrant (302) for Stanton.

Police said troopers arrived at Stanton's residence at about 11:47 p.m. Friday and attempted to hail him outside, but he refused to come outside and began taunting the troopers.

According to police, Stanton threatened to shoot the troopers.

Police said a search warrant was obtained for the residence at about 3 a.m. Saturday and nearby residents were evacuated. A perimeter was maintained to ensure the safety of the public.

According to police, troopers attempted to negotiate with Stanton for several hours to come out peacefully.

At about 8:30 a.m., police said, Stanton presented himself armed with a handgun and pointed it in the direction of troopers. Police said a trooper discharged his firearm and Stanton was struck.

Police said Stanton succumbed to his injuries and was pronounced dead at the scene.

On Saturday morning, emergency personnel had Route 8 blocked to traffic from its intersection with Route 227 in Rouseville.

At about 9:30 a.m., firefighters from Rouseville and Cornplanter Township were redirecting northbound traffic on Route 8 to Route 227 east; traffic coming off westbound Route 227 was redirected south onto Route 8.

At about 10 a.m., a state police trooper who arrived on the scene told the newspaper that he did not know how far north the road had been blocked. He also could not confirm at that time as to whether an active emergency was taking place in the blocked area.

State police on Saturday afternoon told the newspaper that the blocked portion of Route 8 had been reopened at about 2 p.m.

Cranberry Mall has lost more tenants in recent weeks and is once again listed for sale.

Crews will soon be demolishing a structure at 40 Pearl Ave. on Oil City’s North Side that at one time housed one of the first public schools in Oil City built in the early oil boom days right after the Civil War.

TITUSVILLE — After years of wanting to honor its military veterans, Titusville now has dozens of banners displayed along Main and Spring streets that recognize them for service to their country.

Update: No injuries in Franklin accident

According to Venango County 911, no one was injured this morning in a traffic accident at the intersection of Washington Crossing and Elk Street. Franklin police said two vehicles were involved.

Fair has its first queen

A new competition has brought a little extra bling to the Venango County Fair this week.

According to Clarion state police, the closed portion of Route 338 in Knox has reopened as of 10:50 a.m.

Hundreds of pairs of hands slapped together, signs rose in the air and supportive screams filled Franklin’s Bandstand Park after first-year competitor Kaleb Beichner, 17, of Shippenville, was declared the 13th annual Taste of Talent winner.

Franklin state police said a Rouseville man was fatally shot by a trooper after the man pointed his handgun in the direction of troopers outside his Rouseville home on Saturday morning.

Eighty-plus-degrees and the sun beating down didn’t wilt the enthusiasm of the Oil City Oiler Marching Band on Friday as it concluded its five-day band camp.

ASHLAND TWP. — Timothy Thompson takes what other people discard, turns it into cash and then uses that cash to help others.

MARIENVILLE — The transformation of Marienville Park to Marienville Area Community Garden was celebrated Monday with a ceremony, during which state officials also were present.

Neighbor describes horror of storm that killed her friend

Misti Clark had just put together a to-do list of chores, left it on the counter, and stepped out of her kitchen when a huge, storm-damaged oak tree fell in Idlewood trailer park in Sandycreek Township a week ago Sunday, smashing through her and her neighbor’s trailers, killing her neighbor.

In Remembrance: Remembering Those We Lost in July

HAWTHORN — It’s often said the more things change, the more they stay the same. That applies to the Clarion County Fair.

State Treasurer Stacy Garrity visited the Pepro operation on Colbert Avenue in Oil City on Tuesday during a tour through the state.

Pennsylvania Treasurer Stacy Garrity made a stop at Pepro in Oil City on Tuesday as part of her tour through the state.

Oil City fire chief Derek Long says many drivers need to have a better understanding about what to do when they see an emergency vehicle.

According to the Penelec website, power is gradually being restored to areas that lost power today as a result of storms.

New hours have led to uptick at OC farmers market

More people are enjoying the products at the Oil City farmers market since it changed its hours at the beginning of July, according to organizers.

Pennsylvania Attorney General Josh Shapiro brought his campaign for governor to Oil City on Tuesday, and the Democrat told voters they “have the power” to shape Pennsylvania’s future with their vote in an election year when “all is on the line.”

The woods were cool and green and the breeze was pleasant as groups of Jeeps snaked their way along designated trails in Two Mile Run County Park on Saturday.

The second day of Discovery Days Camp at Drake Well was held Thursday, and nine youngsters learned a thing or two about the history of oil.

A 44-year reunion concert by former local band Double Play will be held from 7 to 11 p.m. Saturday at the Franklin VFW.

New ownership at Stubler's Beverage as familiar face takes over

An Oil City business that has operated here since 1878 and spans four generations of one family has been turned over to a longtime employee who says he feels like “part of the family.”

COOKSBURG — Pittsburgh-area residents Dave and Mary Beth Doyle enjoy Cook Forest State Park, and like many grandparents they wanted their granddaughter Mandy Smith to enjoy the outdoors as much as they do. However, that had been a problem because their granddaughter has been blind since birth.

If walls could talk, what a story they could tell at an old house that was once a tavern in Irwin Township in the early 19th century.

Have you ever wanted to check out the glories of the Milky Way and the Big Dipper through a telescope? How about through a 30-inch Dobsonian telescope that is bigger than you are?

Clark’s Donuts — a staple of the Venango County region for 85 years — has changed ownership.

The Derrick and The News-Herald will not be published today due to the Independence Day holiday.

The July 4th weekend is here, and festivities to mark the holiday are planned all across the region the next few days.

In Remembrance: Remembering Those We Lost in June

Unlike last year, when the kickoff had to be delayed for two weeks due to bad weather, the weather was delightful Wednesday night for the opening of Franklin’s 13th annual Taste of Talent competition in Bandstand Park.

U.S. Sen. Bob Casey stopped to visit 100 Seneca in Oil City on Monday and announced a $400,000 federal earmark for renovations to the building.

Anyone who regularly walks through the alleyway between the Barrow-Civic Theatre and Daffin’s Candies between Liberty and Buffalo streets in Franklin will now have something both artistic and historical to gaze upon — a mural of a local Black fife-and-drum corps sheepskin band.

Despite issues at mall, manager, economic leader are optimistic (copy)

The Cranberry Mall started as a beat-bopping, booming shopping center when it opened in 1981 – the hangout destination for area teens and the go-to place for clothing, appliances and more.

Despite its troubles, Thomas chose Franklin schools over others

Despite controversy that has besieged the Franklin Area School District over the past few years, Acting Superintendent Eugene Thomas, whose term as full superintendent begins July 1, didn’t hesitate to take the position.

Franklin Fourth of July week offers some old and new

Franklin’s annual Fourth of July Festivities Week returns with its traditional parade and fireworks, but also a lot of music and children’s activities. 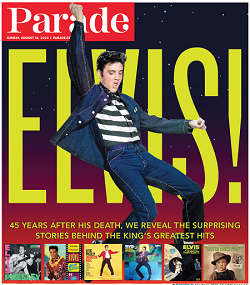 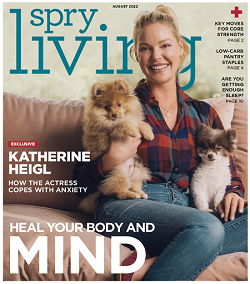 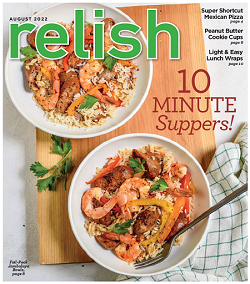