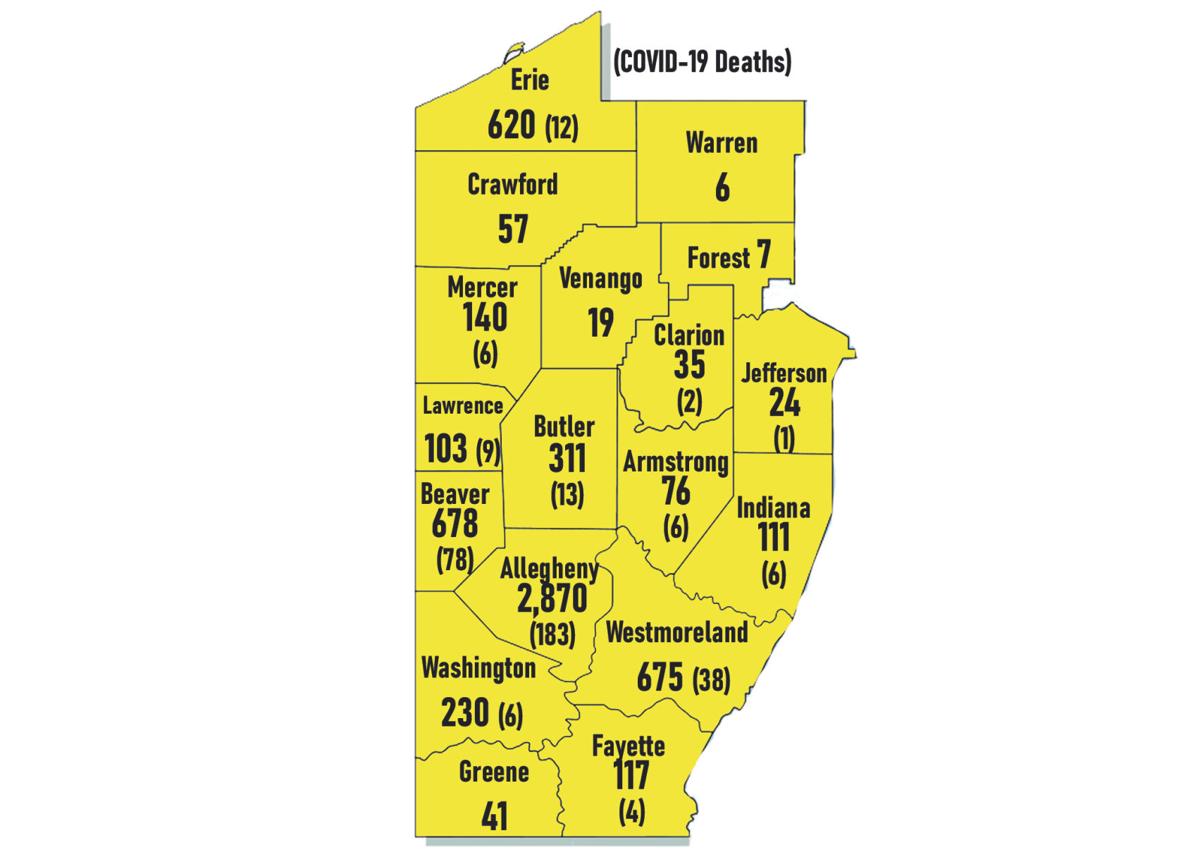 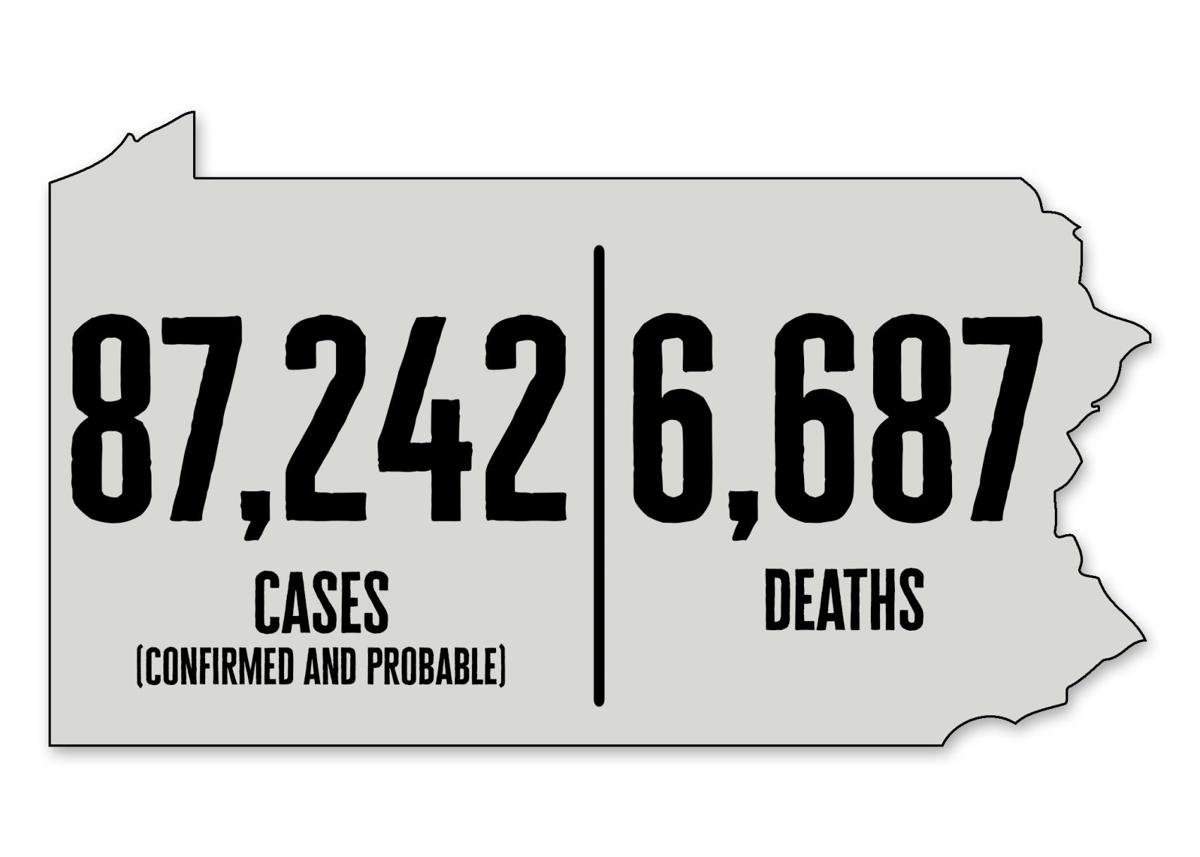 HARRISBURG — The state Department of Health announced Wednesday that Venango and Clarion counties each reported an additional case of COVID-19.

No new deaths were reported from the tri-county area on Wednesday. Statewide, there were 38 additional deaths reported, pushing the total to 6,687.

In nursing home and personal care facilities, the state said there continues to be no resident or employee cases reported from the tri-county area.

According to the most recent statewide data on nursing and personal care facilities, there are 17,805 resident cases and 3,291 cases among employees, for a total of 21,096 at 699 distinct facilities in 52 counties.

The state said there were 44 additional statewide deaths reported from nursing or personal care facilities on Wednesday, raising the total to 4,583.

The state is reporting a statewide recovery rate of 78%.

The number of people in the tri-county area who have tested negative for the virus is 2,445, according to the state.

Statewide, there are 689,562 people who have tested negative.

Butler Health System on Wednesday reported Clarion Hospital had conducted 1,606 total tests through Tuesday, including 1,069 tests at the hospital's outdoor facility. A total of 43 tests were positive for the virus.

As of Wednesday, Clarion Hospital had one in-patient confirmed with having the virus.