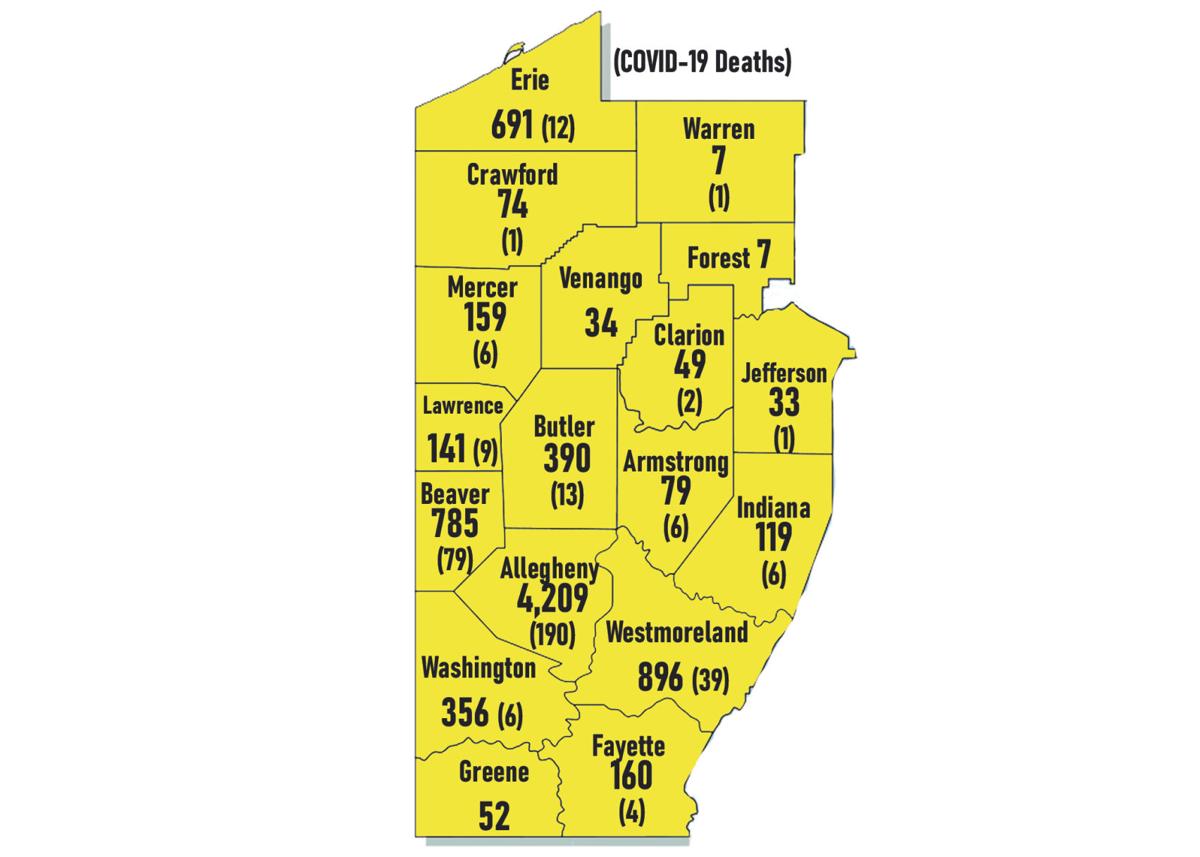 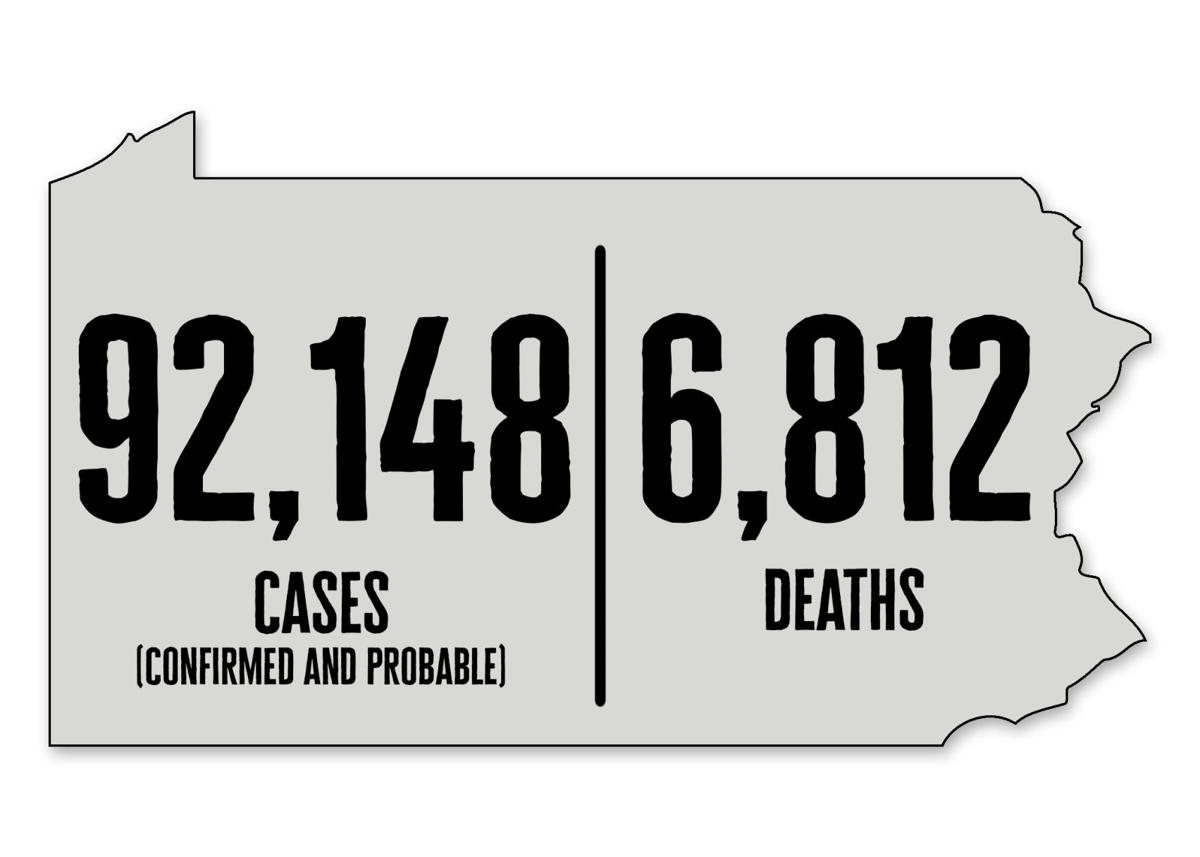 HARRISBURG — The state Department of Health reported six new cases of COVID-19 in Venango County on Wednesday (three confirmed and three probable) and one new positive case in Clarion County.

In addition, the state said, Crawford County reported two new cases (one confirmed and one probable), giving it 74 total cases (59 confirmed and 15 probable).

Crawford County also reported its first death on Wednesday, according to the state.

No new cases were reported in Mercer County, which stands at 159 total cases (138 confirmed and 21 probable).

Overnight, the number of new cases in Allegheny County increased by 230 and by 90 in Philadelphia County.

The number of new cases reported Wednesday marks the 59th consecutive day of fewer than 1,000 new cases and 63rd in the past 67.

No new deaths were reported from the tri-county area on Wednesday.

Statewide, there were 25 additional deaths reported Wednesday, pushing the total to 6,812.

In nursing and personal care facility statistics, the state continues to report Clarion County has five resident cases and three employee cases at one facility.

According to the most recent statewide data on nursing and personal care facilities, there are 18,060 resident cases and 3,380 cases among employees, for a total of 21,440 at 727 distinct facilities in 55 counties.

The state said 37 additional deaths were reported Wednesday from nursing and personal care facilities, pushing the total to 4,663.

The state is reporting a statewide recovery rate of 77%.

The number of statewide tests administered since July 1 is 118,128, with 5,542 positive test results, according to the state.

The number of people in the tri-county area who have tested negative for the virus is 2,818, according to the state. Statewide, there have been 774,378 people with negative test results.

Butler Health System on Wednesday reported Clarion Hospital had conducted 1,944 total tests through Tuesday, including 1,351 tests at the hospital's outdoor facility. A total of 48 tests were positive for the virus.

As of Wednesday, Clarion Hospital had two COVID-19 in-patients, one confirmed as having the virus and the other suspected of having it.