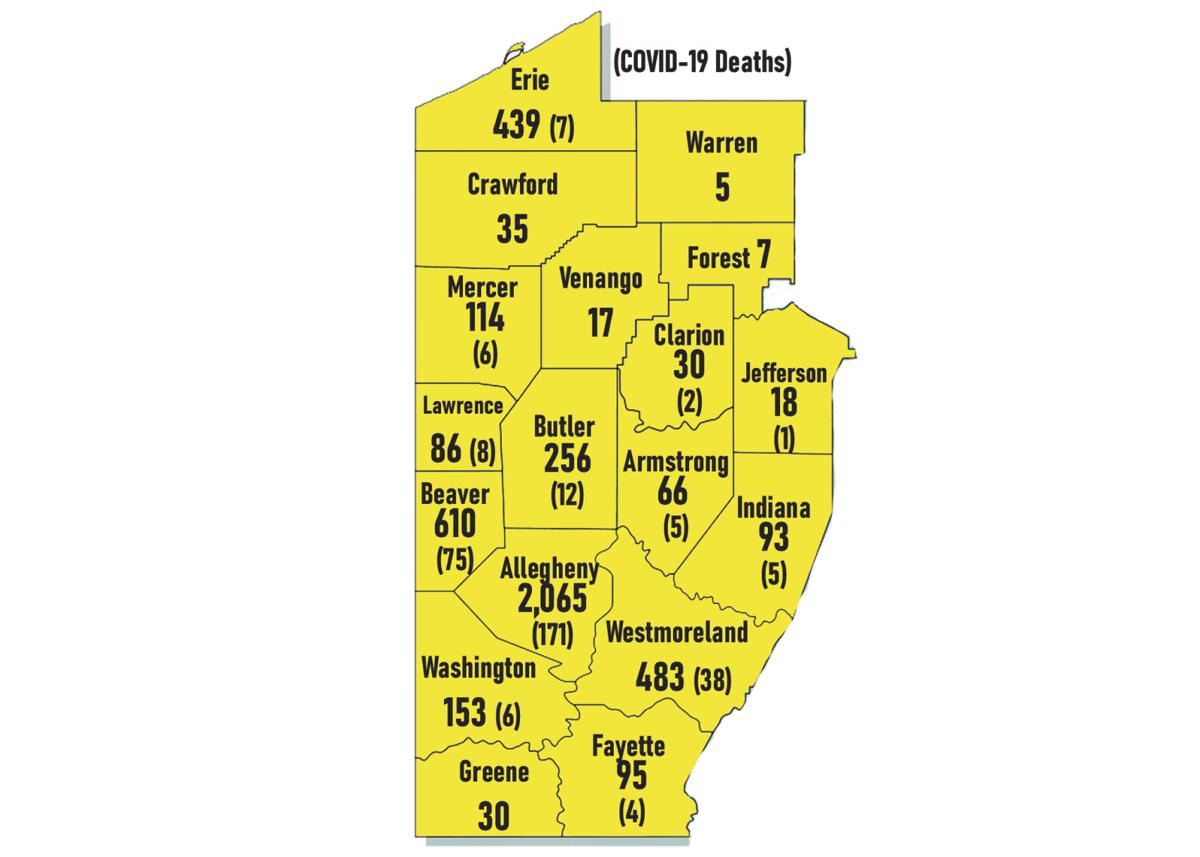 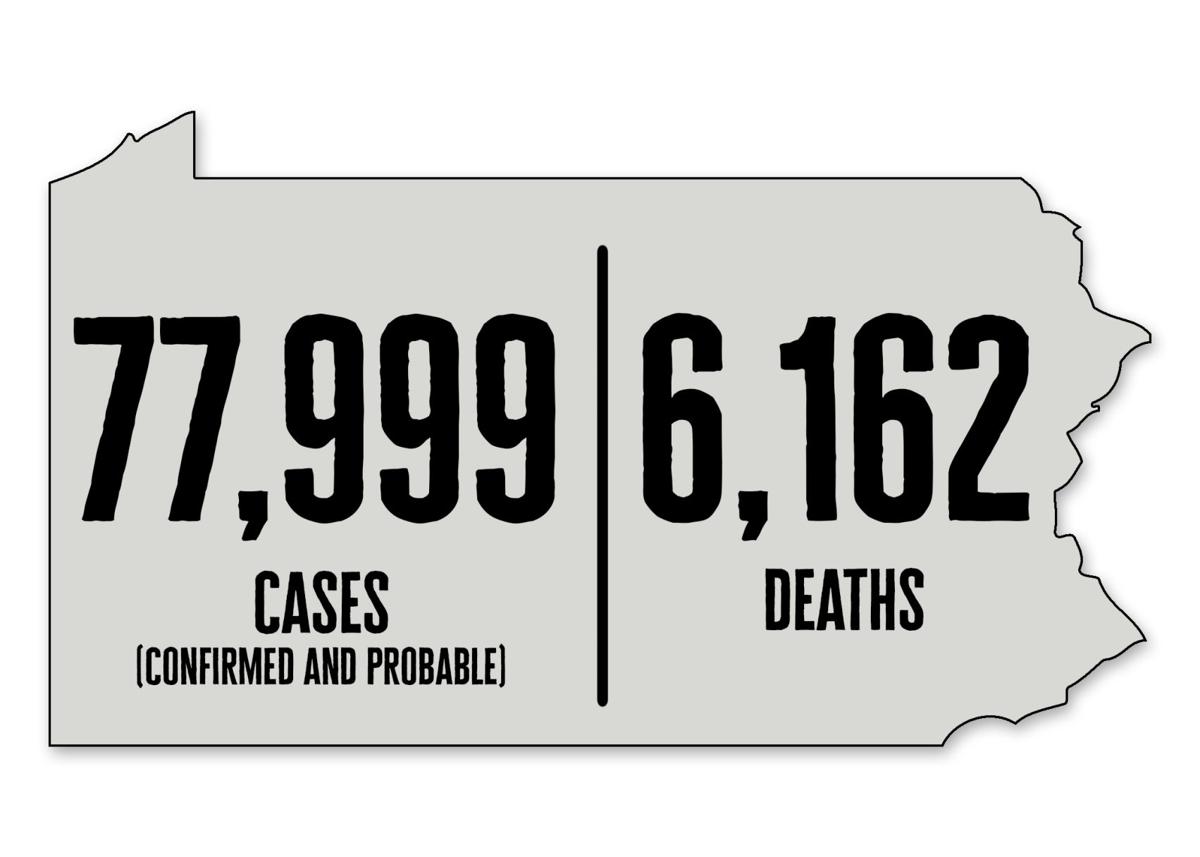 HARRISBURG — The state Department of Health on Friday said one new positive case of COVID-19 was reported from Venango County, pushing the counties total number to 17 — 14 confirmed and three probable.

Clarion County holds at 30 cases, all confirmed; Forest County stands at seven cases, five confirmed and two probable, according to the state.

Up until Friday, the state had reported four consecutive days of under 500 new cases. However, the number of new cases marks the 33rd consecutive day of fewer than 1,000 and 37th in the past 41.

No new deaths were reported from Venango, Clarion or Forest counties on Friday.

In addition, no additional deaths were reported Friday from Crawford or Mercer counties.

Statewide on Friday, there were 49 additional deaths reported, pushing the total to 6,162.

According to the most recent information on nursing and personal care facilities, there are now 16,450 resident cases and 2,899 cases among employees, for a total of 19,349 at 635 distinct facilities in 45 counties.

According to the state, there were an additional 34 statewide deaths reported from nursing or personal care facilities, bringing the total to 4,249.

The state is reporting a statewide recovery rate of 73%.

Butler Health System on Friday reported Clarion Hospital had conducted 1,227 total tests through Thursday, including 843 tests at the hospital's outdoor facility. A total of 37 tests were positive for the virus.

As of Friday, there are no COVID-19 in-patients at Clarion Hospital.