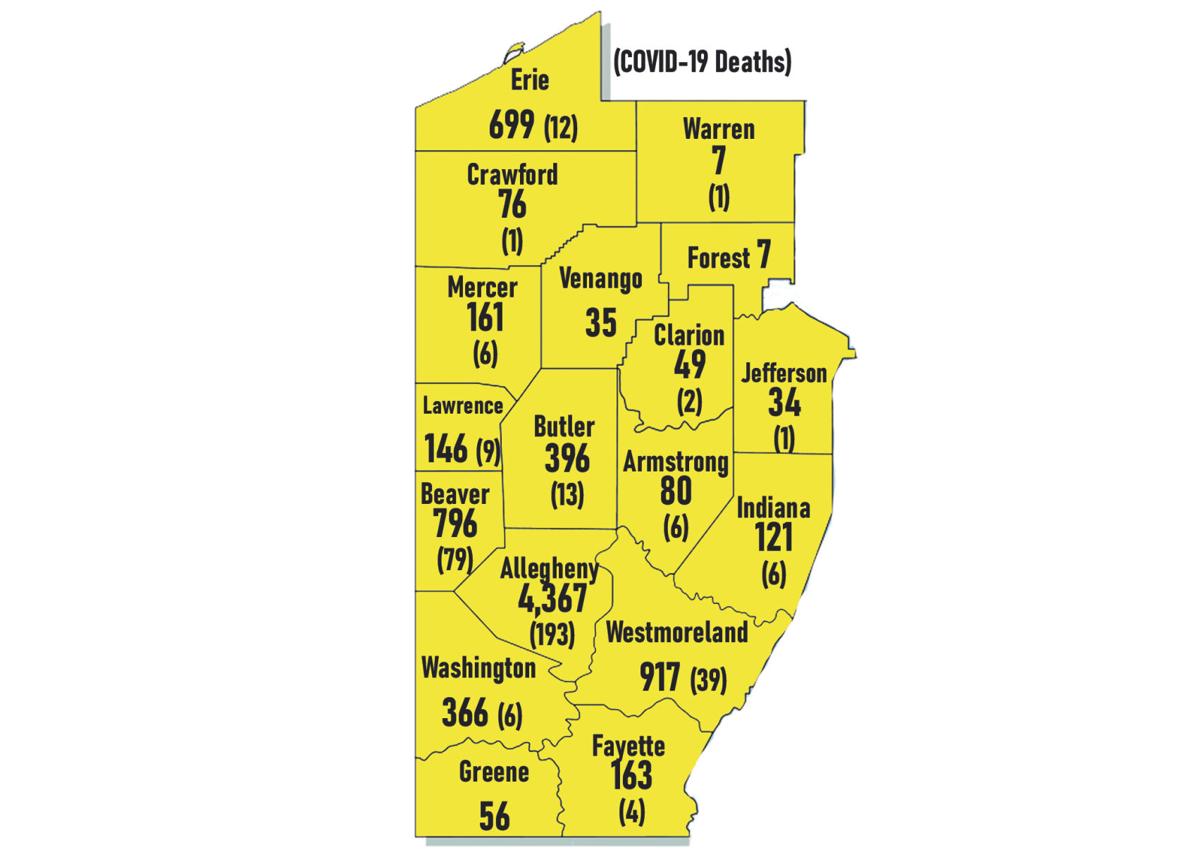 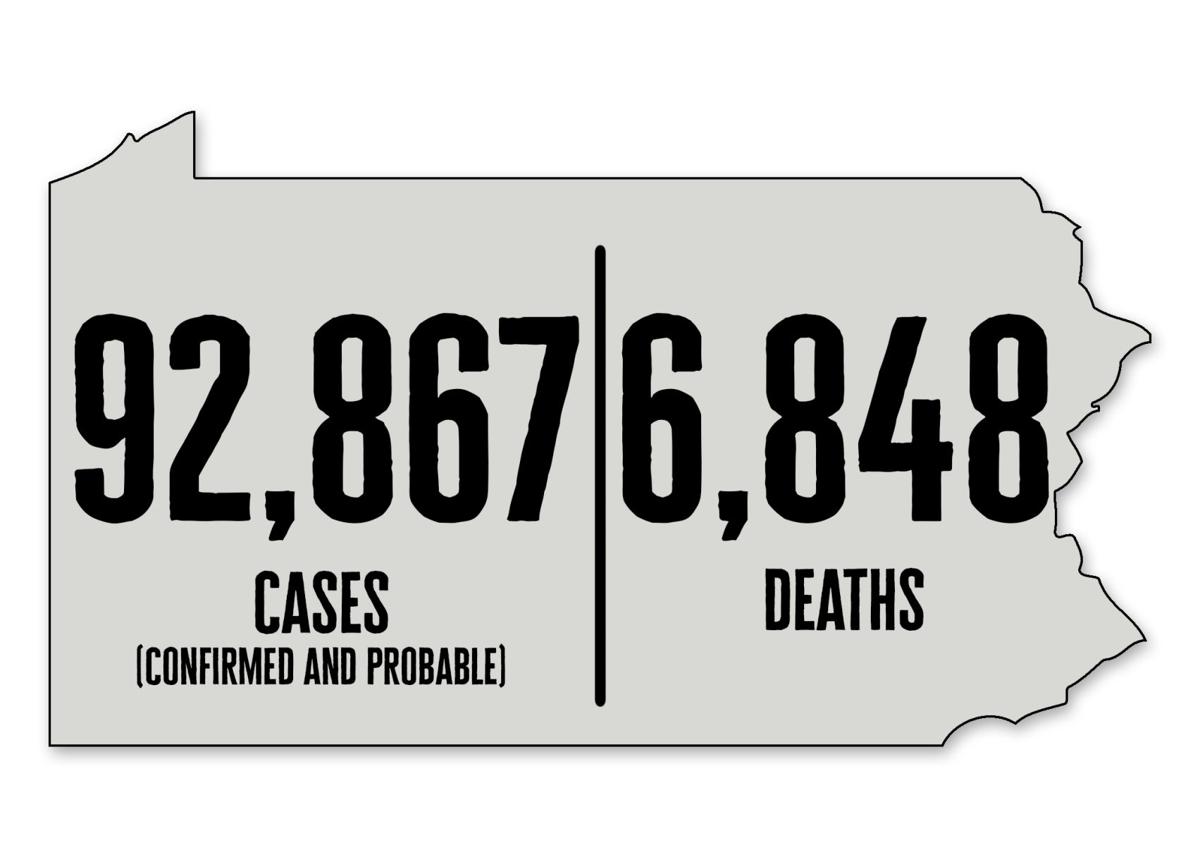 HARRISBURG — The state Department of Health announced one new probable case of COVID-19 was reported from Venango County on Thursday, giving the county 35 total cases (20 confirmed and 15 probable).

Statewide on Thursday, 719 new positive cases were reported — 130 fewer than the number reported Wednesday — to raise the total number of cases to 92,867 (90,202 confirmed and 2,665 probable), according to the state. There are 6,964 cases among health care workers.

The number of new cases reported Thursday marks the 60th consecutive day of fewer than 1,000 new cases and 64th in the past 68.

No new deaths were reported from the tri-county area on Thursday.

According to Crawford County Coroner Scott Schell, the county's first coronavirus-related death the state announced Wednesday was that of a 77-year-old woman from Titusville and that she died June 30. No further details were available.

Statewide, there were 36 additional deaths reported Thursday, pushing the total to 6,848.

In nursing and personal care facility statistics, the state continues to report Clarion County has five resident cases and three employee cases at one facility.

According to the most recent statewide data on nursing and personal care facilities, there are 18,092 resident cases and 3,396 cases among employees, for a total of 21,488 at 732 distinct facilities in 55 counties.

The state said four additional deaths were reported Thursday from nursing and personal care facilities, pushing the total to 4,667.

The state is reporting a statewide recovery rate of 77%.

The number of statewide tests administered since July 2 is 121,032, with 5,625 positive test results, according to the state.

The number of people in the tri-county area who have tested negative for the virus is 2,883, according to the state. Statewide, there have been 787,156 people with negative test results.

UPMC Northwest on Thursday reported the hospital had collected 829 specimens for COVID-19 testing through Wednesday, including 350 tests at the hospital and 479 at the hospital's Reno collection site. A total of 12 tests were positive for the virus.

As of Thursday, the hospital has two COVID-19 in-patients.