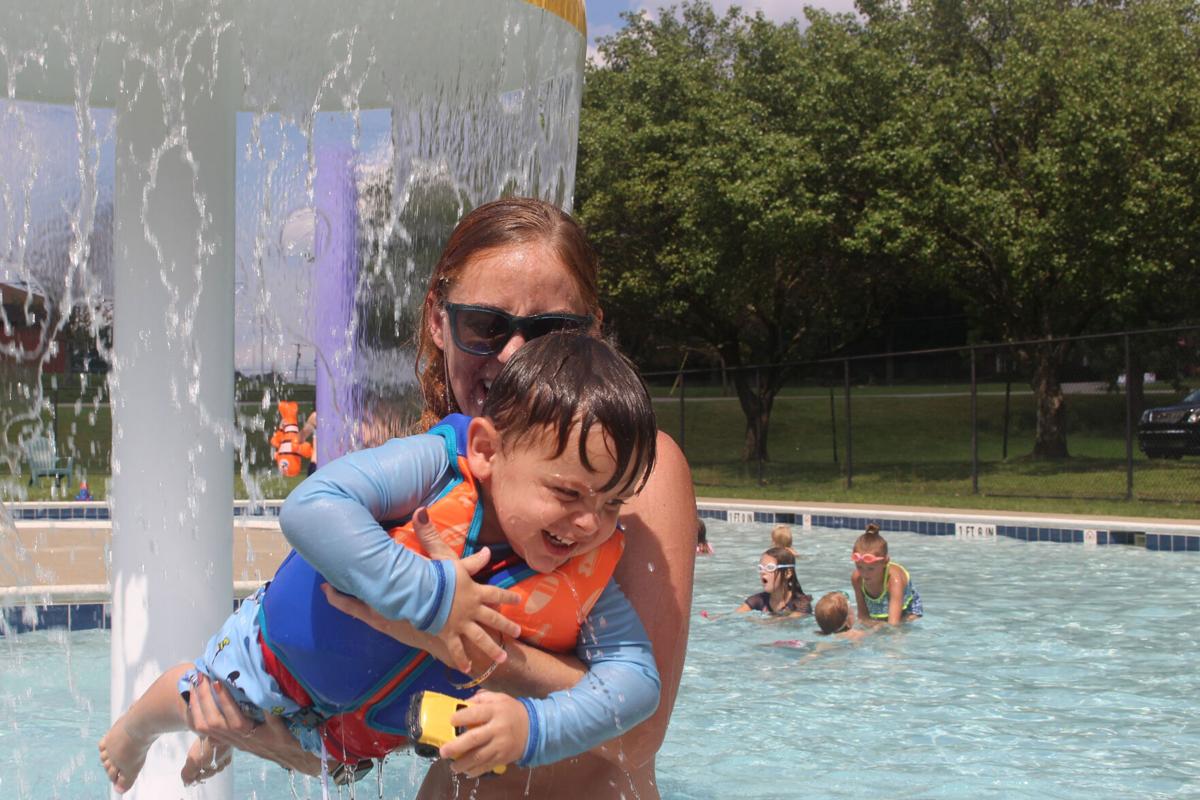 Samantha McCauley carries her 3-year-old son, Salvator Deemer, through a fountain of water at the kiddie pool in Hasson Park on Monday. (By Dillon Provenza) 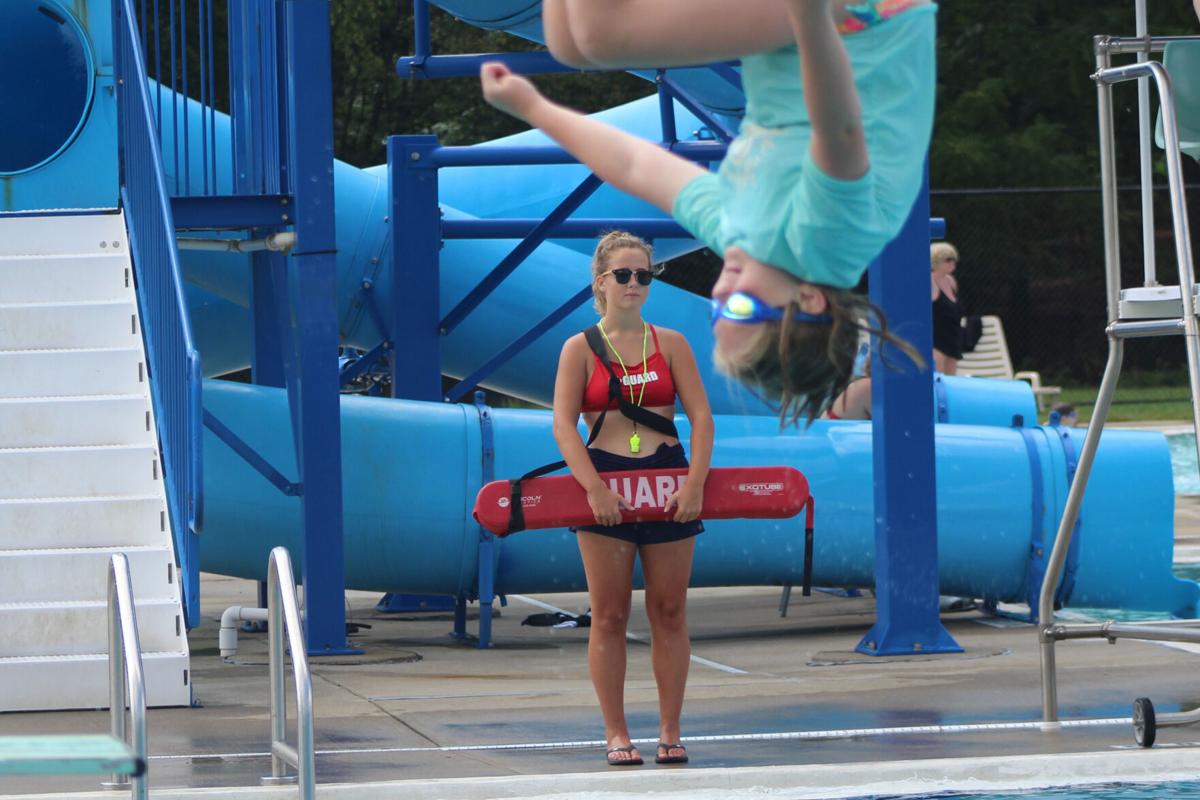 Gaby Hicks, 11, does a flip off a diving board as lifeguard Heather Karns watches over the James A. Nelles Memorial Swimming Pool on Monday in Oil City. Karns is wrapping up her second summer as a lifeguard as she prepares to enter basic military training with the Air Force next week. (By Dillon Provenza)

Samantha McCauley carries her 3-year-old son, Salvator Deemer, through a fountain of water at the kiddie pool in Hasson Park on Monday. (By Dillon Provenza)

Gaby Hicks, 11, does a flip off a diving board as lifeguard Heather Karns watches over the James A. Nelles Memorial Swimming Pool on Monday in Oil City. Karns is wrapping up her second summer as a lifeguard as she prepares to enter basic military training with the Air Force next week. (By Dillon Provenza)

Children and their families flocked to the Oil City municipal swimming pool to cool off Monday as the summer season nears its end.

With temperatures reaching into the upper 80s Monday afternoon, a stream of kids lined up at the slides and diving boards.

Cheerful chatter filled the poolside with laughter and splashes emanating from the cool water as the occasional whistle pierced over the pool to keep kids from running.

"Our last week we've been pretty busy. We seem to be bringing people in which is a good thing," said supervisor Tanner Malek.

As schools start to reopen and September looms, Malek said the pool has been able to keep its normal operating hours despite losing lifeguards to other commitments like college and sports seasons.

Samantha McCauley brought her three-year old son, Salvator Deemer, to the pool Monday as part of a summer full of activities. McCauley said a weakened immune system for her son kept the family cooped up last year, but this summer they've "been doing it all" to make the most of the nice weather.

Penny Weichel arrived at noon as the pool opened and said the swimming spot didn't see a crowd until an hour or so later. Weichel said she was enjoying the pool while it remains open for the last week.

Malek said the pool sees a varied crowd during its last week operating for the season, with tasks like back-to-school shopping needing to be done by families. The pool is scheduled to close Sunday.

The Miller-Sibley pool in Franklin had its season come to a close on Saturday.

Forecasts say high temperatures will linger in the high 80s the next couple of days and then around 85 through the rest of the week, accompanied by chances of showers and thunderstorms particularly over the weekend.

DILLON PROVENZA, reporter for The Derrick and The News-Herald, can be reached at dillonprovenza.thederrick@gmail.com or (814) 677-8374.

NEW BETHLEHEM — The 77 teachers in the Redbank Valley School District on Monday morning began walking the picket line — a walk that could last several weeks.

ADMINISTRATIVE ASSISTANT (Part-Time) The City of Oil City is accepting

Class A & B local drivers. Full or part time.

Class A & B local drivers. Full or part time. Hazmat …

Full Time Dock Worker, will train. Apply in person at: