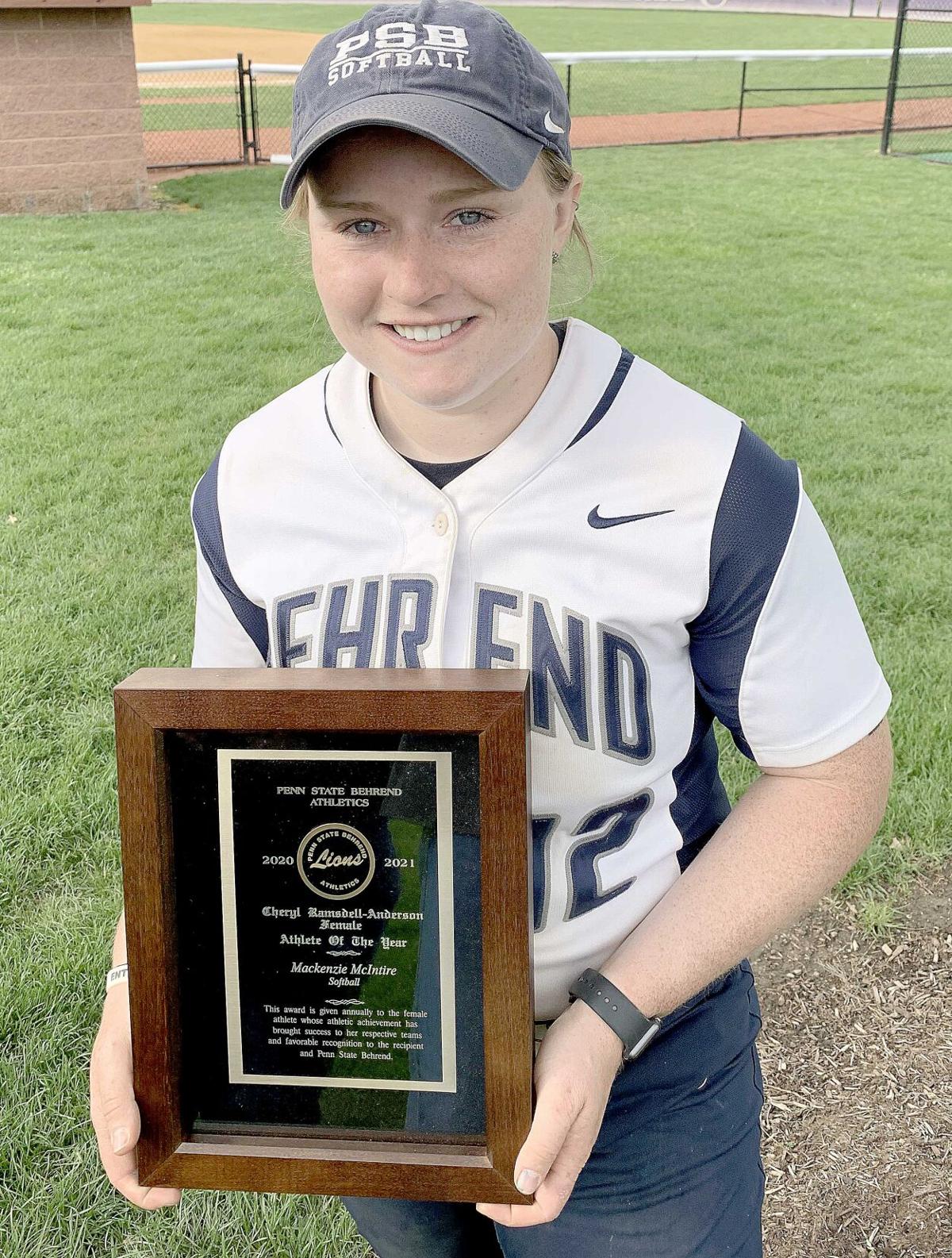 Mackenzie McIntire poses after receiving the Cheryl Ramsdell-Anderson award as Penn State Behrend's Female Athlete of the Year for the 2020-21 season. McIntire, a graduate of Lakeview High School, also was named the AMCC Player of the Year and to the third team on the NFCA Division III All-America squad.

Mackenzie McIntire poses after receiving the Cheryl Ramsdell-Anderson award as Penn State Behrend's Female Athlete of the Year for the 2020-21 season. McIntire, a graduate of Lakeview High School, also was named the AMCC Player of the Year and to the third team on the NFCA Division III All-America squad.

McIntire, the daughter of Kevin and Tammy McIntire of Stoneboro, enjoyed an outstanding senior season and led the Lions in several offensive categories. The catcher/third baseman played in 33 games and slammed 55 hits in just 106 at-bats for a team-leading .519 average. She also belted 17 doubles, four home runs and had 38 RBIs, which were also tops on the team. In addition, McIntire had a .540 on-base percentage and a robust .792 slugging percentage.