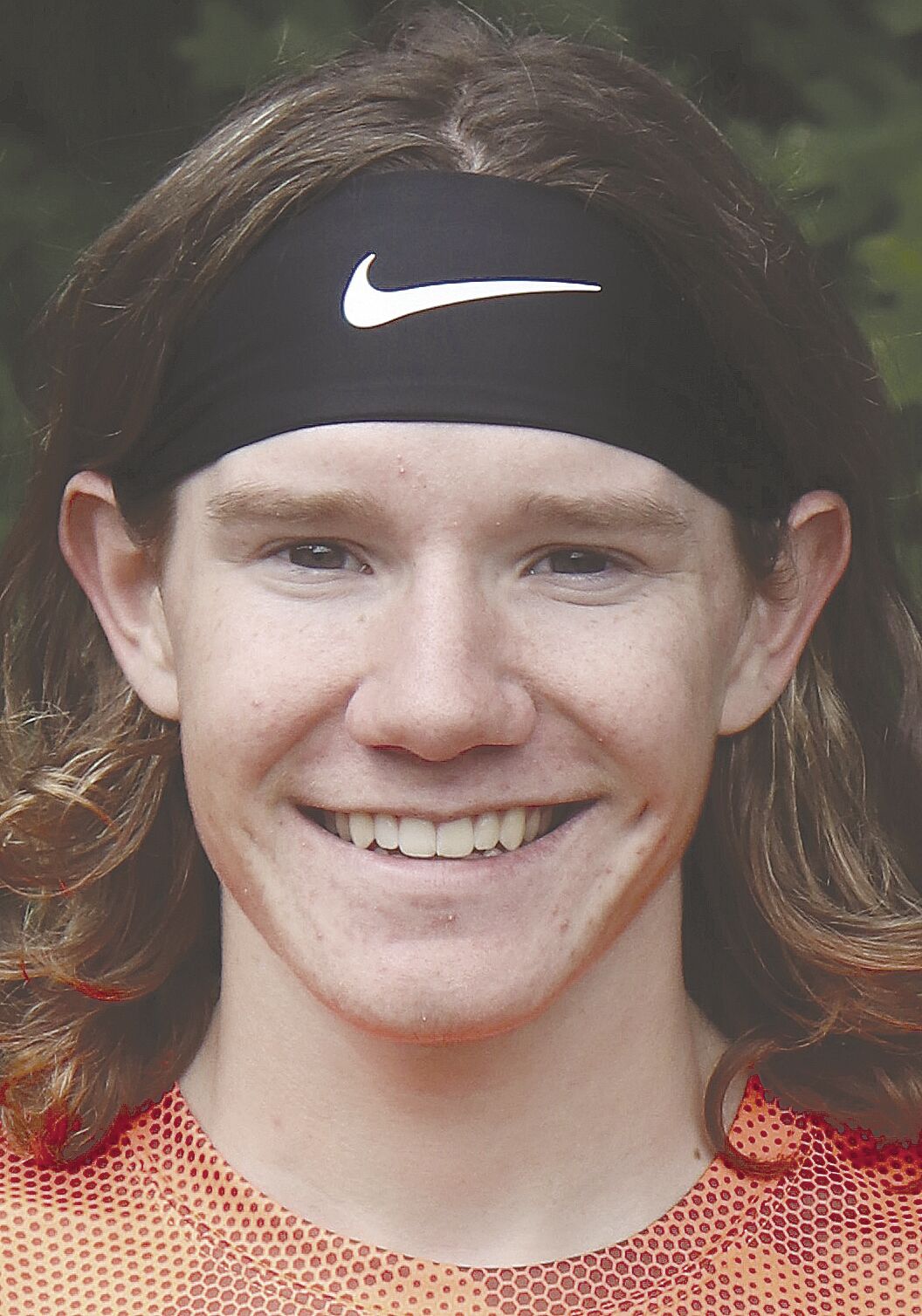 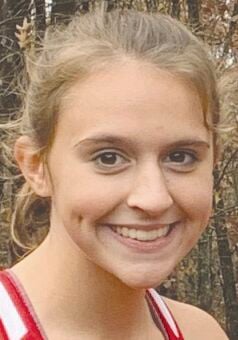 Rocky Grove's Magnum Vincent and Franklin's Nadalie Latchaw were named Region 6 Runners of the Year on Sunday as the District 10 Region All-Stars were released.

Vincent led the Orioles to the boys region championship on his way to being named the top runner as well as earning a place on the first team during his senior season. He was joined by freshman teammate Ethan Knapp on the first team while the second team featured Rocky Grove junior Trevor Hamilton and freshman Easton Adamczyk.

STRATTANVILLE - Keystone's Emily Lauer netted 17 of her team-high 25 points in the second half to help the Panthers top Clarion-Limestone, 50-30, in a KSAC crossover contest on Tuesday.

Franklin swims to split with Rockets

Miles Hoffman and Nathan Pfennigwerth racked up four victories apiece as Franklin's swim team split with visiting Slippery Rock on Tuesday with the boys winning 102-28 and the girls losing 112-41 in the Region 1 showdown.

WARREN - Oil City's Isaiah Aeschbacher and Robbie VanWormer tied for a team-high nine points, but it wasn't enough as the Oilers dropped their season opener to homestanding Warren, 54-43, in a Region 5 showcase on Tuesday.

Franklin's perfect start to the 2020-21 boys basketball season came to a screeching halt on Tuesday night as the Fairview Tigers invaded the Knights' Castle and dominated from start-to-finish en route to a 71-49 non-region victory.

Alivia Huffman dropped in 19 points - including 17 in the first half - as Redbank Valley made the House of Hustle their own in a 63-12 victory Monday night over Oil City in a non-region girls basketball contest.

Franklin's Jonah Heckathorne upped his season record to 2-1 with a major decision and teammate Cael Dailey stayed unbeaten at 3-0 with a forfeit win, but the homestanding Knights dropped a 39-28 decision at home to Sharpsville in a non-region wrestling match at the Castle.

SHARON - Caleb Stover pulled down four victories for the Oil City boys on Monday night while Morgan Stover and Dana Wenner matched him on the girls side as the Oilers glided their way to a sweep of Sharon in a Region 1 swim meet to open the season. The boys won 83-56 and the girls 113-47.

CLARION - Cal German stuffed the stat sheet with 33 points, six rebounds, six assists and four steals Monday night on his way to leading homestanding Clarion to a 73-57 victory over Punxsutawney in a non-conference boys basketball contest.

Franklin's Luke Guth notched a double-double of 12 points and 10 rebounds in the Knights' 66-31 rout over Sharon in a Region 4 boys basketball clash on Saturday.

Panthers improve to 3-0 with victory over Golden Damsels

KNOX - Emily Lauer tickled the twine for a game-high 20 points as Keystone improved to 3-0 on the season with a 49-25 home win over Union in KSAC girls basketball play on Friday night.

Cochranton's Jack Martinec, Blake Foulk, Stetson Boozer and Ramy Sample all engineered pins Friday night as the Cardinals posted a 45-18 victory over homestanding Franklin in a non-region wrestling match at the Castle.

Alaina Brown collected four wins for the Franklin girls and Nathan Pfennigwerth notched two wins for the boys, but it wasn't enough as the Knights opened their swim season with a sweep at the hands of visiting Titusville on Thursday. The Rockets' boys won, 99-66, and the girls, 90-76, in the…

PHILADELPHIA (AP) - Nolan Patrick missed last season with debilitating migraines and Oskar Lindblom had his shortened in his fight with a rare bone cancer. The only cheers they heard in their comeback games came in the locker room before faceoff in the form of rousing approval from the Phila…

FRILLS CORNERS -Keystone's Emily Lauer piled up a team-high 19 points as the Panthers took down North Clarion on the road, 41-30, in a KSAC crossover girls basketball game Wednesday night.

Franklin junior guard Easton Fulmer rifled in a game-high 23 points as the Knights improved to 4-0 with a 70-35 win over Cochranton in a non-region boys basketball matchup at the Castle on Tuesday.

KNOX - Emily Lauer poured in a team-high 23 points - all in the final three quarters - as Keystone overcame a slow start to defeat visitng Moniteau, 53-41 in the Panthers' season opener Monday night.

Nearly a month after it was originally slated, Franklin's girls basketball team played its home opener at The Castle, and the Knights made sure it was worth the wait - especially Camdon Bashor.

Franklin tops Greenville to improve to 3-0

Franklin's Easton Fulmer and Hayden Adams combined for 39 points as the Knights downed Greenville at home, 58-47, on Saturday's Region 4 contest at the Castle.

PITTSBURGH (AP) - Cam Sutton isn't picky. He can't afford to be. The Pittsburgh Steelers defensive back has spent too much time during his four seasons in the league bouncing around from spot to spot.

Franklin hoopers get winter sports back under way

WATERFORD - Franklin needed a fourth-quarter comeback to pull out a 59-56 victory over homestanding Fort LeBoeuf in a non-region boys baskeball contest on Friday night.

Clock is ticking for Steelers' veteran core to win

PITTSBURGH (AP) - The opportunities are dwindling.

Finally, the long wait is over! After about a month hiatus, winter sports are back, but it's literally taken a village of people - so to speak - to make it happen.

Looking back at Browns' last playoff game against Steelers

PITTSBURGH (TNS) - In one fleeting moment, a franchise's history was changed.

Always important to stay positive in a coronavirus world

Judas Priest, I never in my life imagined that I'd be forced to work from home on a computer with a screen not much bigger than my cell phone. But, here I am, sitting alone in the man cave trying to figure out how to maneuver around a keyboard that seems as foreign to me as a second language.

Clarion High School's state championship girls volleyball team was recently given another honor when they were ranked as the second best team in Pennsylvania across all classes as PrepVolleyball.com released its end-of-season Regional Top Five's rankings for the Northeast Region.

There shouldn't be gray areas when it comes to the Hall

Some people struggle to find time in their daily lives to exercise while juggling work, home life and other community involvement.

PITTSBURGH (AP) - The initial splash Chase Claypool made quickly turned into a tidal wave, one opposing defenses could no longer ignore.

Everything you need to know for the 2020-21 NHL season

Failure has somehow become the Pirates' idea of success

If at first you don't succeed, try, try again.

NOTICE The North Clarion County School Board of Education is

NOTICE The North Clarion County School Board of Education…