NASCAR and Hendrick Motorsports have selected Jimmie Johnson, Mike Rockenfeller and Jenson Button will drive the special Garage 56 car that will race at the 24 Hours of Le Mans in June. Johnson has lobbied for the seat and Rockenfeller has done all the testing on the project. Former Formula One champion Jenson Button was a surprise pick as most expected Jeff Gordon to complete the lineup. The trio will drive NASCAR's Next Gen car in the 100th anniversary of the 24 Hours of Le Mans.

Terry Rozier scored 28 points, Mason Plumlee added 21 points and 12 rebounds and the Charlotte Hornets defeated the Chicago Bulls 111-96. Gordon Hayward added 17 points, and LaMelo Ball returned from a three-game absence due to a sprained ankle and wrist injury and chipped in with 15 points, 11 rebounds and eight assists to overcome horrible 2-for-15 shooting from the field. DeMar DeRozan had 28 points for the Bulls, while Zach LaVine finished with 18 points and nine rebounds, but was quiet in the second half. Patrick Williams had 15 points, but Chicago’s three-game win streak came to an end.

Four-time Indianapolis 500 winner Helio Castroneves has ruled out running next month’s NASCAR season-opening Daytona 500. Castroneves has been chasing a seat since winning one of Tony Stewart’s summer all-star races last season. He’d tried to put a deal together with Trackhouse Racing, but that team decided it didn't want to run three cars at Daytona. Castroneves then tried to talk to Floyd Mayweather’s team, but said Thursday he couldn’t get a deal done with The Money Team Racing in time for next month’s race.

Stewart-Haas Racing has signed Chase Briscoe to a multi-year contract extension. It will make him the senior-most driver inside the NASCAR organization when Kevin Harvick and Aric Almirola retire at the end of the season. Terms of the deal were not announced but SHR said Briscoe would  drive “No. 14 Ford Mustang for many more seasons in the NASCAR Cup Series.” Briscoe is entering his third Cup season. He won one race last season and made the playoffs.

Austin Cindric this weekend will try to become just the fifth driver to win both the Daytona 500 and the Rolex 24 sports car race. Mario Andretti, A.J. Foyt, Jamie McMurray and Jeff Gordon are the others to accomplish the feat. Cindric won the Daytona 500 a year ago and returns to the speedway this weekend for his fifth appearance in the most prestigious sports car race in the United States. He's part of an all-star field that includes the Rolex 24 debuts of Romain Grosjean, Josef Newgarden, Scott McLaughlin and Pietro Fittipaldi.

There is only one major hole in Roger Penske's trophy case. It is winning the 24 Hours of Le Mans. He tried to win the race once as a driver and once as a team owner, but failed to finish both times. The 85-year-old Penske will have two chances to win it this June with the launch of the Porsche Penske sports car program that debuts Saturday at the Rolex 24 at Daytona. Penske's return to sports car competition comes as IMSA becomes the first North American motorsports series to use hybrid technology.

Ford CEO Jim Farley made his professional racing debut on Saturday at Daytona International Speedway. The 60-year-old executive is a reputable historic racer but the race Saturday was his first at the professional level. Farley finished 12th in the IMSA VP Racing SportsCar Challenge. The new multi-class series is for Bronze or Silver-rated drivers.

CHARLOTTE, N.C. (AP) — Cindy Himmel opens the front door of her Dilworth home and three dogs come spilling out — Lulu, a teeny mutt she’s had for about 10 years; Ruby, an even teenier Havenese mix she’s had for 14-plus; and Pearl, an American bulldog mix with cancer, adopted just last March.

Busch, Bowyer, Harvick, Helio to all race SRX this summer

Kyle Busch, Clint Bowyer and Kevin Harvick will all make their debuts this season in Tony Stewart’s summer all-star series. Four-time Indianapolis 500 winner Helio Castroneves has also confirmed he’ll return for a third season. SRX has a new television package for its third season and will run on six consecutive Thursday nights starting in July. The change from Saturday night racing to Thursday nights has created more availability for current racing stars to compete in the Superstar Racing Experience.

CHARLOTTE, N.C. — When a 25-year-old Kevin Harvick was tapped to run in replacement of Dale Earnhardt the week after the legend died in the 2001 Daytona 500, he remembers who visited his trailer before the race.

Column: Hendrick checking off his own personal bucket list

NASCAR team owner Rick Hendrick has agreed to allow Kyle Larson to race in the Indianapolis 500 in 2024. He has also agreed to both co-own and sponsor the Indy 500 car for Larson. It's a complete change in approach for Hendrick, who has always competed within the confines of NASCAR. But now he's letting his drivers dabble outside of NASCAR. He is doing the same thing. He's also behind NASCAR's car that it is taking to the 24 Hours of Le Mans in June.

The news that all-time great driver Kevin Harvick will retire after the 2023 NASCAR Cup Series season became official on Thursday morning — and the NASCAR world had a lot to say about it.

Kyle Larson will attempt to race the Indianapolis 500 in 2024 with McLaren Racing in a joint effort with NASCAR team owner Rick Hendrick. Larson has long said he wants to race in the Indy 500 but there were no viable opportunties this year. His entry with McLaren will be co-owned by Hendrick and sponsored by HendrickCars.com. Larson will also plan to run the Coca-Cola 600 — NASCAR’s longest race of the season — at Charlotte Motor Speedway hours after the Indy 500.

Kevin Harvick is readying to retire.

The race team with Richard Petty as its ambassador will no longer bear The King’s name.

Johnson to drive No. 84 for rebranded Legacy Motor Club

Jimmie Johnson will drive the No. 84 — the reverse of his longtime No. 48 — when the seven-time champion returns to NASCAR for next month's Daytona 500. Johnson will drive for the rebranded race team called Legacy Motor Club. The name replaces Petty GMS, which is what the two-car Cup team was called last year when Maury Gallagher became the primary owner of Richard Petty’s organization. Johnson in November bought into the ownership group, and with two of NASCAR’s seven-time champions part of the team, the name change was fitting.

Some of the biggest names in NASCAR have banded together to purchase the CARS Tour, helping preserve a popular regional late model racing series. 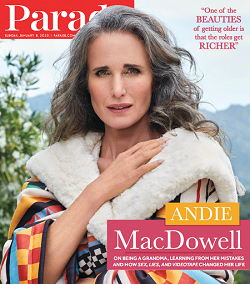